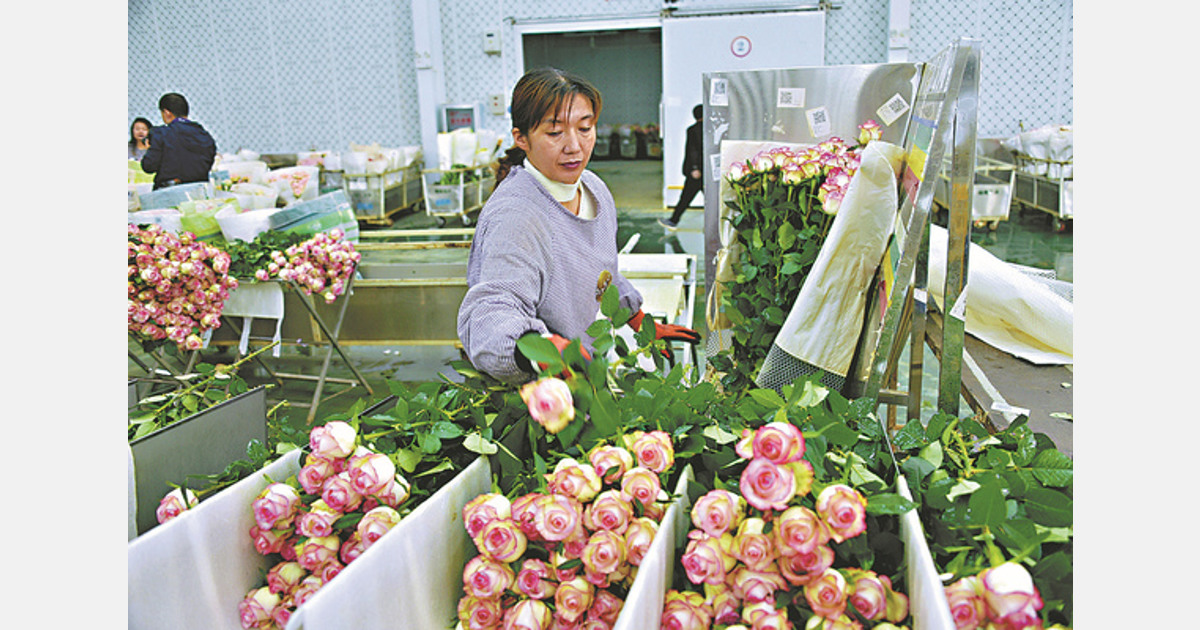 Horticulturalists working on developing proprietary varieties of the China rose, or Rosa Chinensis in Latin, in Yunnan province have overcome technical bottlenecks with the help of independent research and development, allowing new variations of the native plant to blossom around the country.

In the province’s village of Qingshuihe in Jinning district, Kunming, nearly 20 university graduates have been working at a scientific innovation zone for years. Led by Li Shubin, a floral expert at the Yunnan Academy of Agricultural Sciences, they have been working on developing new varieties of China rose.

Jinning, known as the hometown of the distinctive flowering bush, accounts for nearly half of the country’s China rose production, Li said. However, in the past, most of the seeds of popular varieties of the plant were imported, and farmers had to pay patent fees. This not only was a burden to farmers but also hindered the development of the country’s native rose industry.

To create an autonomous China rose industry, Li and his collaborators have traveled around the country since 2015, collecting more than 2,000 types of foreign and domestic China rose germplasm－the hereditary material of the plants. Of those, most were contemporary, but 60 were rare ancient types. Within seven years, they had established a China rose germplasm pool.

Read the complete article at: www.chinadaily.com.cn