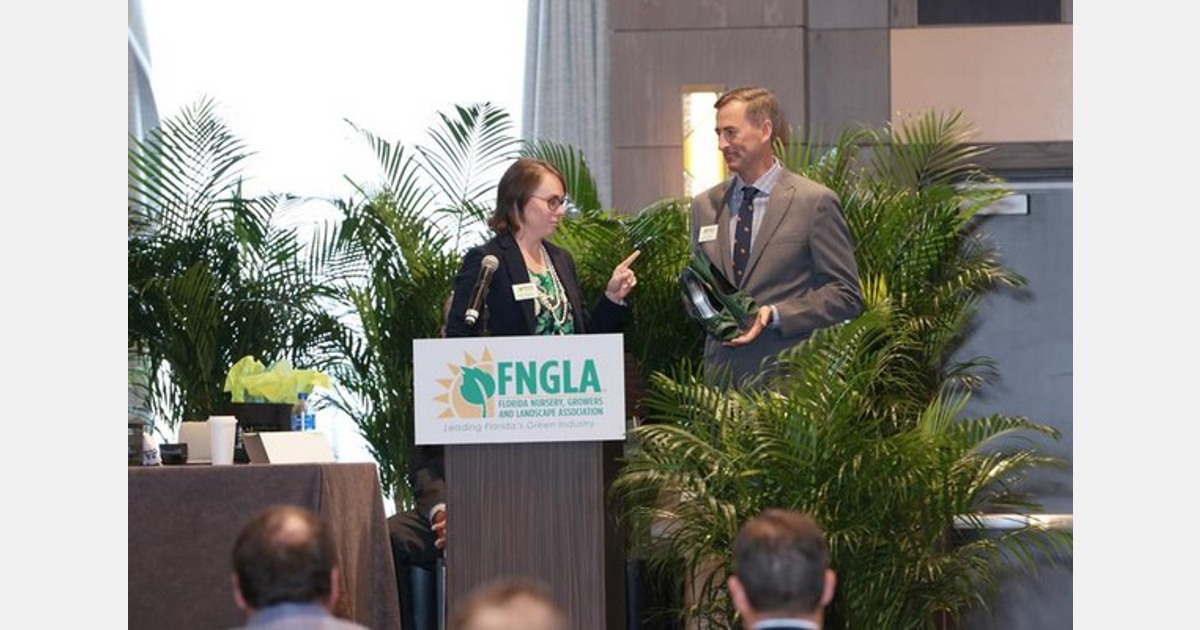 FNGLA held its 70th Annual Convention last month in Orlando, Florida, and it was ‘one for the books.’ Not only were the Industry Awards presented, but they also celebrated the retirement of their CEO Ben  Bolusky, officially welcomed incoming CEO Tal Coley, and new president Eric Smith (Biosafe Systems, Tampa) took over the position from Sarah Spatola during the passing of the ‘big shoes’ during the event. Eric wrote more about this in his first monthly letter to commemorate the convention.

“It’s hard to believe we’re already into July 2022. Coming off a very successful Annual Convention in Orlando, it’s also hard to believe my time has arrived to take the “Big Shoes” as FNGLA’s president. Passing the big shoes is a well-loved FNGLA tradition at the Annual Convention, where the outgoing president figuratively ‘passes’ leadership onto the new president by bestowing a large-sized pair of shoes. This year, in honor of outgoing president Sarah Spatola, it was a large pair of high heels.” 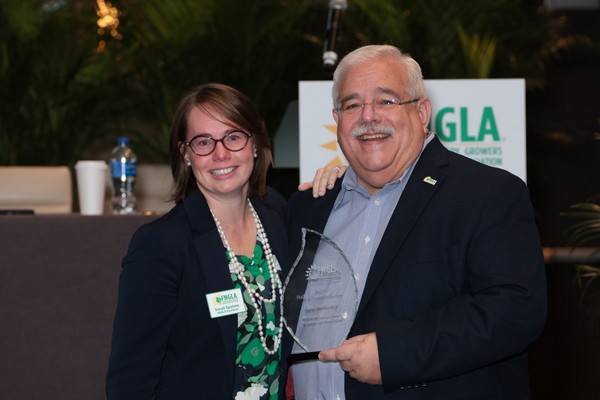 The event
According to Smith, it was surely a memorable event. “We celebrated FNGLA’s 2022 Industry Award winners, installed new Officers, and engaged our industry peers and their families for a festive few days at a beautiful resort. Not to be forgotten was the roast of Ben Bolusky, our beloved CEO, who stepped down after 24 years. With Roast appearances by Bill Reese, Mike Martin, Jerry Frye, and Jim Spratt – and video messages from Kat Cammack, Mario Diaz-Balart, Halsey Beshears, and Adam Putnam – Ben was surprised, to say the least, when the FNGLA staff’s well-planned event took a detour and Ben was recalled to the stage to a new seat. There was a whole ‘lotta laughs and maybe a few tears as stories were told during the President’s Gala about Ben and his decades of service.” 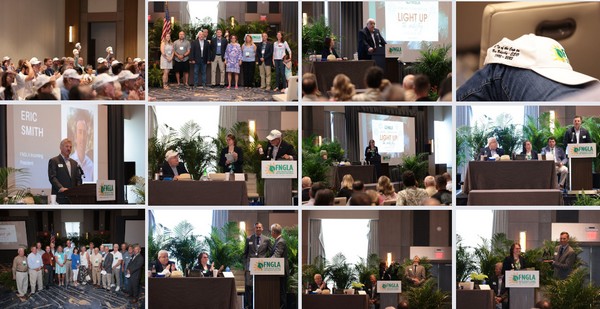 To see all the photos taken during the event, you can visit FNGLA’s Facebook page or see what pictures were taken in the photobooths of the Orlando Photobooth Company at the event.

New CEO
At the same time, during the event, FNGLA welcomed incoming CEO Tal Coley and his family for their first FNGLA Annual Convention. “Having already worked closely with Tal, getting ourselves up-to-speed on the myriad issues in the weeks leading up to Annual Convention, I can tell you he is eager to get fully underway and lead FNGLA through whatever the future holds,” Smith mentioned. 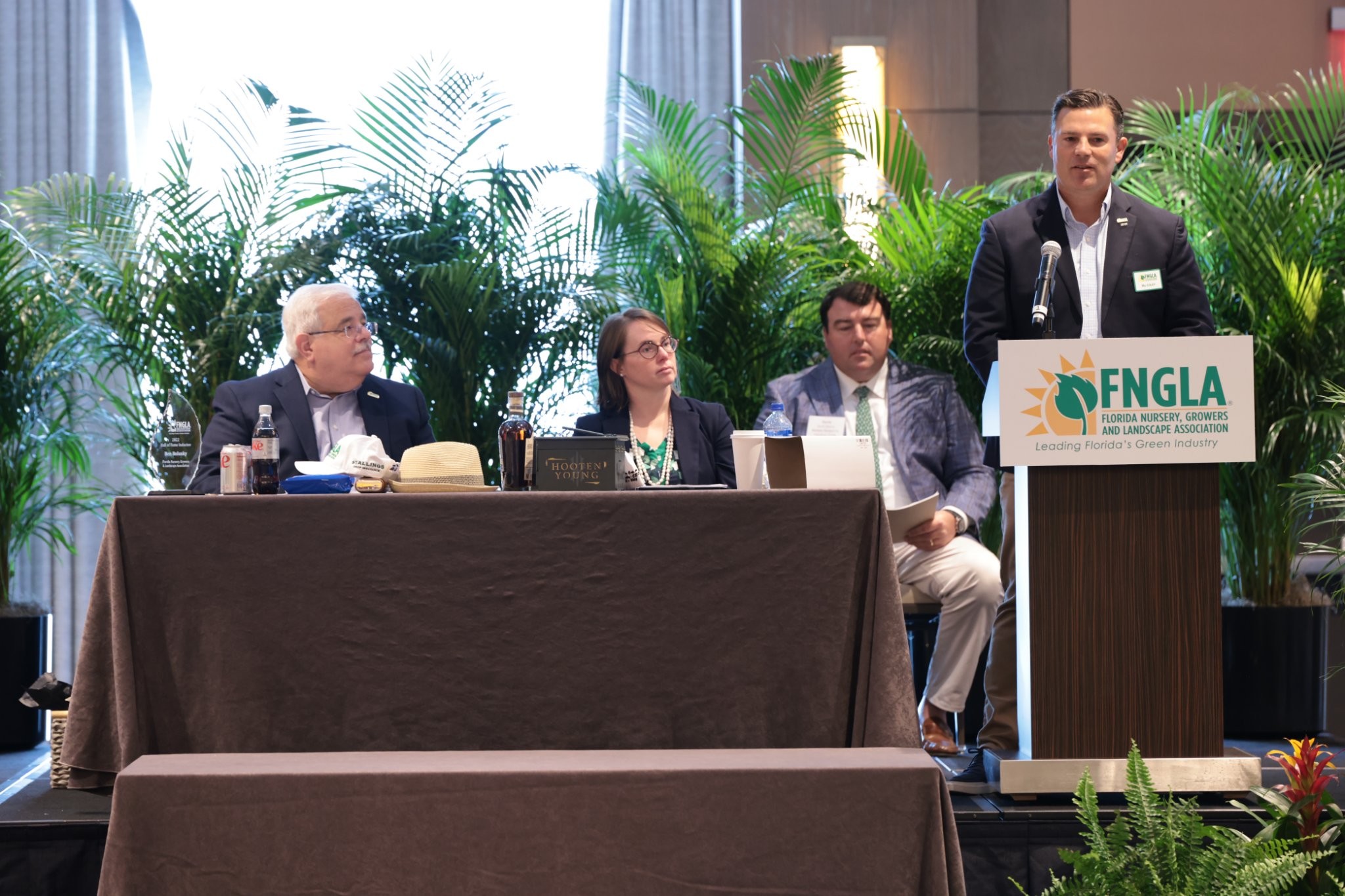 Smith has been part of three separate FNGLA Chapters over the years and has seen many different businesses overcome obstacles, making him excited to engage with the membership in the coming weeks and months. “Tal and I plan to travel to as many Chapter events as possible together when schedules permit, to do just that- get out and meet people face-to-face and make sure the FNGLA state office is doing what it can for FNGLA Member businesses,” Smith says.

“With the Annual Convention always comes change, and we’ve seen plenty of that in our respective market segments as well. With continued material-sourcing issues, labor shortages, and government overreach plaguing our industry like never before, it is important we work together to adapt and overcome these changes and challenges. Having been a part of three separate FNGLA Chapters over the years, I’ve seen so many different businesses overcome obstacles. I’m excited to engage the membership in the coming weeks and months. Tal and I plan to travel to as many Chapter events as possible, together when schedules permit, to do just that- get out and meet people face-to-face and make sure the FNGLA state office is doing what it can for FNGLA Member businesses.”

A year to remember
So, big things happened at FNGLA this year; a new CEO, reconnecting Chapters across the state, the release of an impressive economic impact report, and more. In this video below, the years 2021-22 in review.

FNGLA Launches Podcast
Moreover, FNGLA has officially launched its new podcast series. The FNGLA Plant People Podcast highlights the valuable stories of our industry’s contributors and influencers. Produced by UF/AEC’s Orange and New Creative Lab, the aim of the series is to capture industry stories of innovation, perseverance, hardship, trial-and-error, and victory!

The inaugural episode features Randy and Ty Strode of Agri-Starts, a leading supplier of plant tissue culture starter plants and services, as they share their history of being on the cutting edge of this technology and the company’s vision.