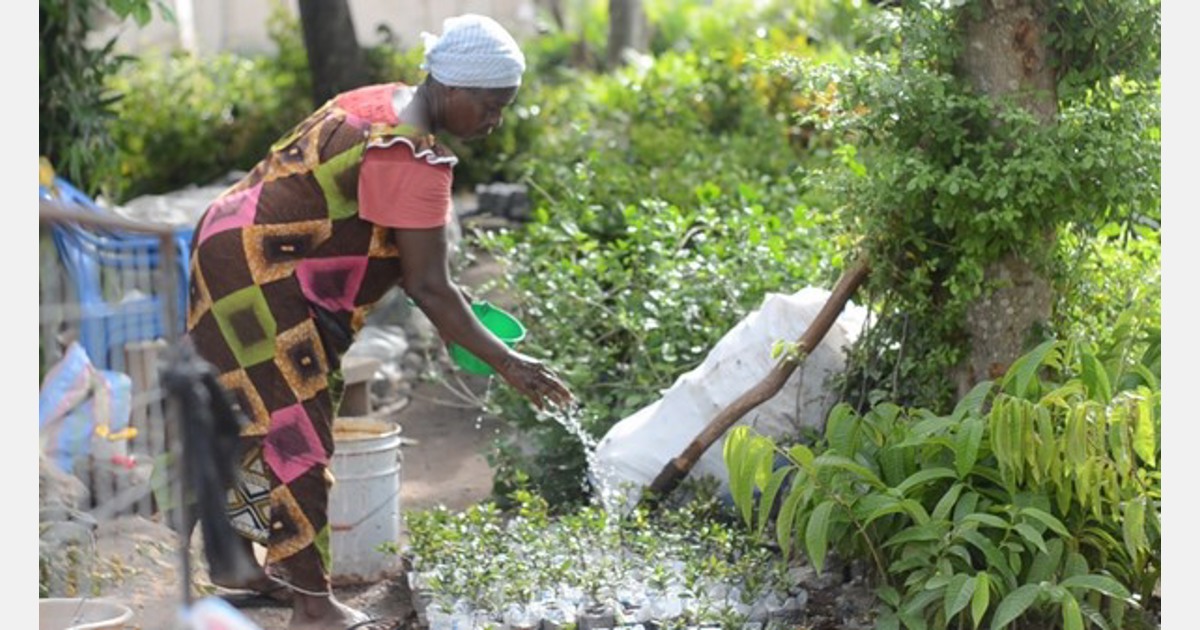 Ghana lags behind the flower exporting business, falling behind nations like Kenya and South Africa. With little attention accorded to the floriculture industry in Ghana, the sector has for some time now been underdeveloped as numerous opportunities remain unexploited. Though labor-intensive, the sector has the potential to employ 190,000 people in a decade.

For 16 years, Floriculturist Sampson Kofi Anaab has been cutting, cultivating, and nursing flowers. The best site for his plants is along the roads, mainly to attract buyers. But he has a challenge with space to cultivate his flowers.

“I started from the Garden City junction at Asafo. I was ejected from the place. Later, I moved to site my Garden near the Silicon Hotel near KNUST. There too, I was told to move. I was told the land I was occupying belonged to the University,” he explained. Inaccessibility to land has caused some floriculturists to farm in wetlands.

Elizabeth Boateng nurses her plants near the Oda River at Kwame. “A few meters from here, there is a river. That was where I was nursing my plants. It was convenient. There was no problem accessing water,” she said. The wetlands are however being redeveloped for residential purposes. Elizabeth has been driven away by the land owners.

“I was told to relocate. I moved to another location, but I was told a fuel station was going to be constructed there. This is my third and current location,” she said. Flower cultivation consumes 20 times more water than any other crop.

Read the complete article at: www.myjoyonline.com