“Trade in used CHPs from Belgium reaches peak this year” 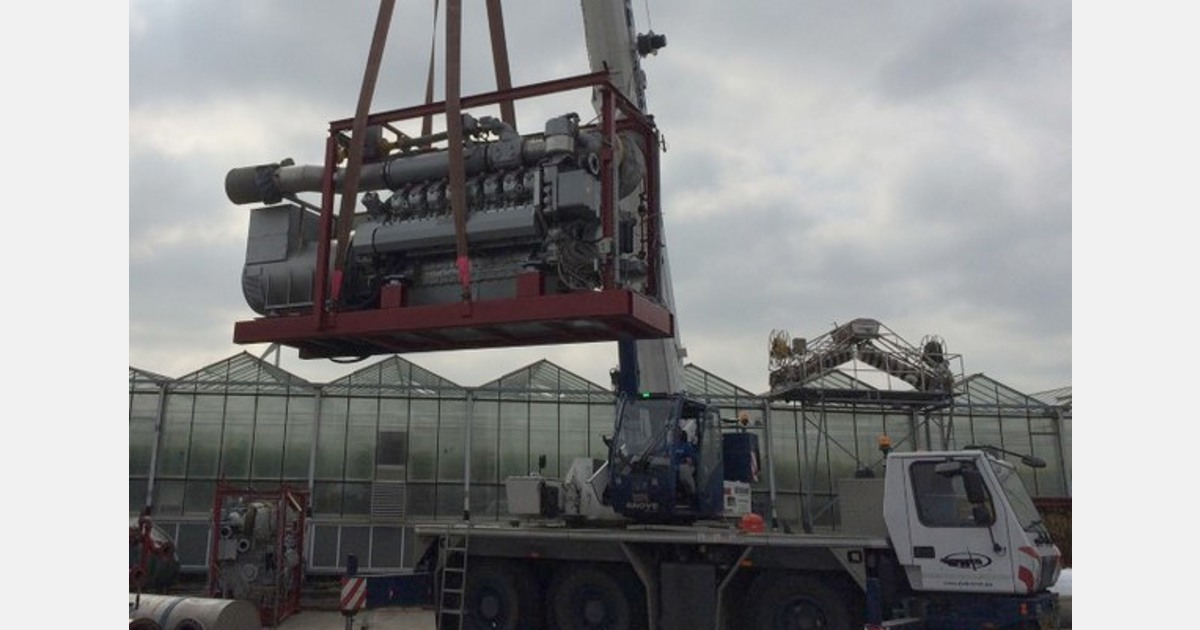 The current European energy crisis continues. Unexpectedly, the gas price recently peaked several times to (well) above 100 euros per MWh. This indicates once again that energy management is necessary within a greenhouse horticulture company of any size in order to keep the costs and associated costs under control. These developments reinforce the trend that the independent energy specialists from Looije Agro Technics have been noticing for some years now: the interest in combined heat and power (CHP) installations in the Netherlands and surrounding countries is increasing structurally.

The constant demand for new CHP systems in Belgium will reach its peak this year because of changes in the subsidy structure, Tom van Zundert points out. “Thanks to our broad network in Belgium, more and more growers in the Netherlands know how to find us as a reliable partner for the purchase of used Belgian CHP.”

Gems
The team of the construction management consultancy comes across CHPs that have put in a lot of hours and are approaching an overhaul, but also what people in Made call ‘gems.’ “These are, for example, CHPs that have had drastic engine damage in their previous life and now become available with low hours because of the subsidy. But also engines that are approaching their 60,000 hours may, with a limited upgrade, last another 15,000 hours.”

The independent service provided by Looije Agro Technics includes not only taking over the equipment but also the entire supervision to get the used set operational again at the desired location in the Netherlands. The legal requirements for an installation in the Netherlands are different from those in Belgium. With a few adjustments, the Dutch requirements can be met, Tom knows. “Think, for example, of the gas line, which must be carried out in accordance with Dutch regulations.

Turning pattern
For some years now, the biggest challenge has been to connect the CHP to the electricity network in parallel. “The different interpretations of the Dutch grid operator make customization necessary, especially when CHP installations are already present on the farm.”

Most CHPs from Belgium are maintained full service by means of a maintenance contract. Based on the turning pattern of the new owner, advice is given on the continuation of this contract, the conclusion of a new preventive and corrective contract, or the performance of maintenance on a time-and-expense basis. A network of manufacturers and brand-independent specialists can be called upon for this. 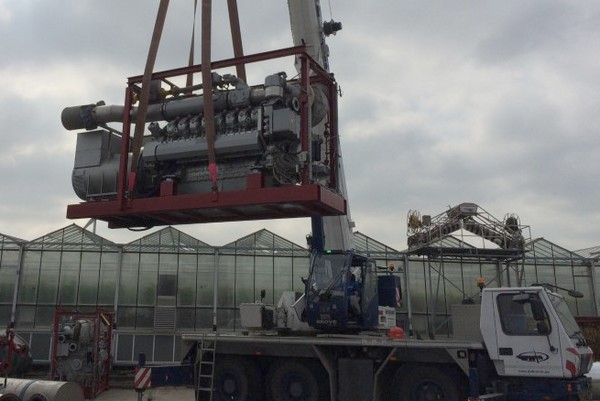 Total return of 100%
The advantage of a Belgian CHP is generally its oversized flue gas cooler and condenser. “While the Dutch government focuses on saving energy, we see even more opportunities in using the consumed energy optimally. By over-cooling flue gases, it is possible to utilize extra condensation heat and thus achieve a total efficiency of more than 100%!” In addition, heat can be optimally utilized through the intervention of heat pumps, the expansion of low-temperature networks in steel or PE, or the cascading of existing networks.

Apart from the CHP installation itself, the construction management consultancy also looks at the energy issue as a whole with the grower. Here, too, a trend is noticeable. “Whereas concluding term deals on the electricity market at the right spread between gas and electricity can be interesting in the case of a heat requirement, we also see increasing interest in participating in emergency power pools such as those of TenneT where the earnings model is in an availability fee supplemented by a fee on demand.”