This New Zealand family has been breeding great roses since 1947 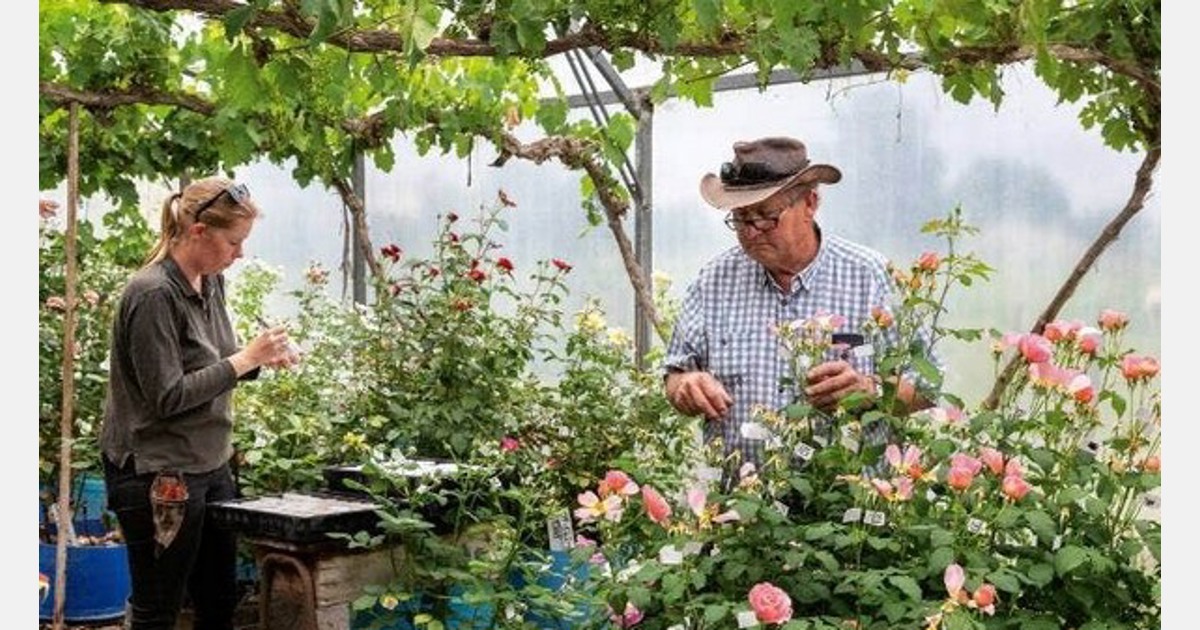 The passion of the Matthews family for roses is evident as you drive south from Whanganui. Here at the side of the state highway, nestled in a sea of maize, sits a gloriously vibrant rose garden. Anyone passing can pull over and enjoy – an invitation, if you like, to take time to smell the roses.

The story spans three generations, starting in 1947 with Tom and Pearl Matthews, who began the nursery. After his training at Rasmussens Nursery in Whanganui was cut short by service in World War II, Tom came home and set up his own small nursery where he grew (out of necessity during those lean times) “anything that would bring in an income,” Bob recalls.

As time went on, he started to specialize in roses.

Bob continued the horticultural legacy started by his parents. As a child, he would help his parents out in the packing sheds, which, despite the long hours, triggered a fascination for roses and rose breeding. Even when, for a short time, Bob was diverted to traditional farming, he never stopped propagating roses.

Read the complete article at www.stuff.co.nz.