The giant African land snail has been spotted again in Florida 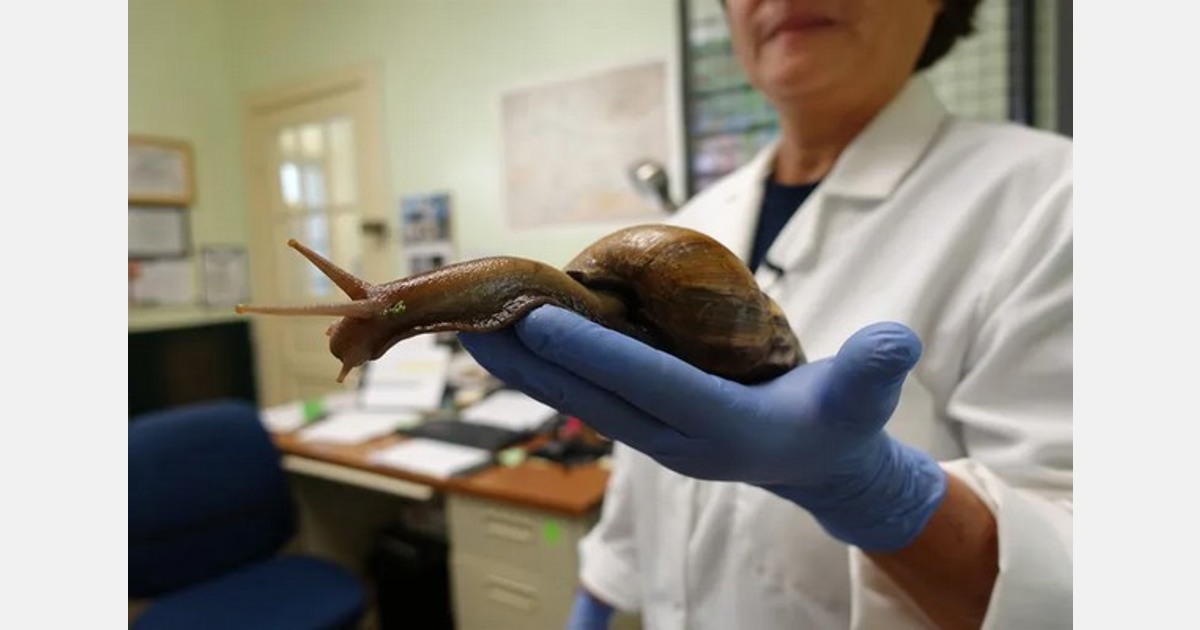 The giant African land snail, which can grow to the size of a fist and carry a parasite that causes meningitis, was declared eradicated from South Florida last year after a decadelong battle of people versus pests. The dreaded snails were spotted again in June by a gardener in Pasco County, north of Tampa, marking the first time a population has been detected outside South Florida.

To try and contain them, state officials placed a portion of Pasco County in the New Port Richey area under quarantine this week. No plants, yard waste, debris, compost, or building materials can lawfully be moved out without permission for fear that the clingy mollusks will spread. The quarantine extends in a radius of about a half-mile from the identified snail population and may change or grow if more snails are found. “Of course, in areas that are irrigated, like in nurseries or home landscapes, they will be perfectly happy,” he added.

Giant African land snails are “one of the most invasive pests on the planet,” according to the Florida Department of Agriculture and Consumer Services. They eat more than 500 types of plants and also feed on stucco “as a source of calcium.” They hide in cool, damp places during the day, feed at night, and lay many thousands of eggs over their lifetimes. Some snails can grow to 8 inches long and 5 inches wide.

They can also carry a parasite, rat lungworm, that causes meningitis in humans and animals. So if people eat unwashed lettuce or other produce that the carrier snail has slid across, leaving behind a slime trail, they could be at risk.

Read the complete article at www.seattletimes.com.