The diversity, distribution and status of Phytoplasma diseases in China 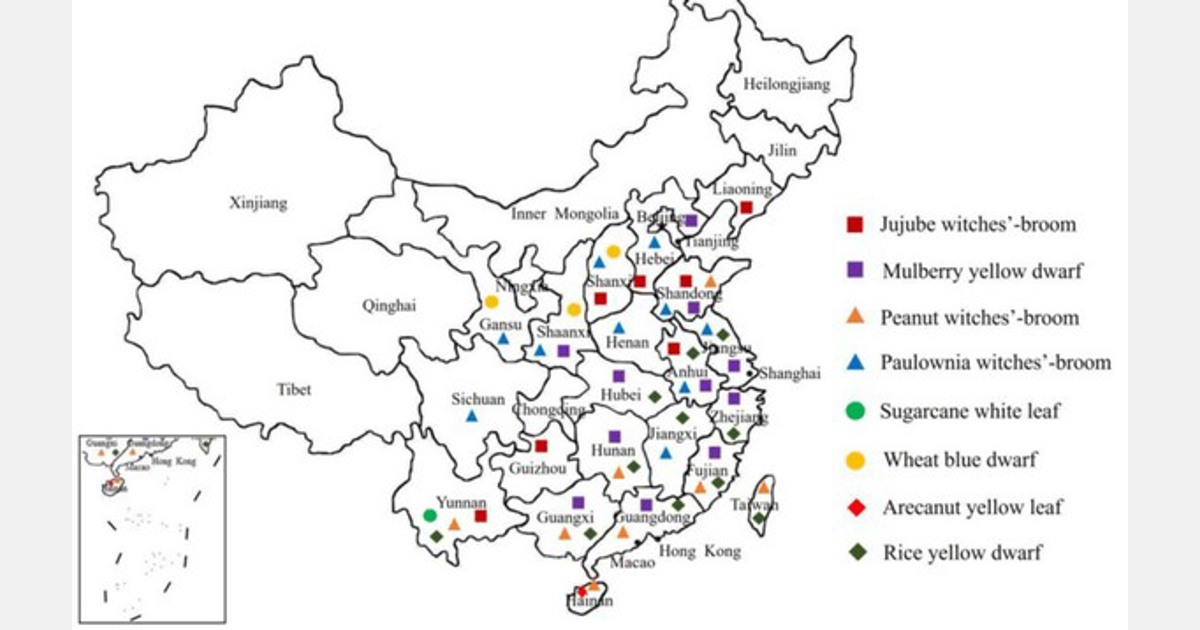 Phytoplasmas are important prokaryotic pathogenic bacteria without cell walls, which were formerly known as mycoplasma-like organisms, and belong to the Mollicutes class, Candidatus Phytoplasma genus. They are widely distributed in plants and insects and can cause serious diseases in essential food crops, vegetables, fruit trees, ornamental plants, and trees, resulting in huge economic losses.

To date, more than 100 phytoplasma diseases have been reported in China, which are distributed throughout the country. Jujube witches’-broom, paulownia witches’-broom, wheat blue dwarf, banana bunchy top, sugarcane white leaf, rice orange leaf, and mulberry dwarf represent the phytoplasma diseases causing the most serious damage in China. New phytoplasma diseases and their strains are being reported continuously, indicating that phytoplasmas are more diverse than previously thought. Phytoplasmas are mainly transmitted by insect vectors, such as leafhopper and planthopper, and can also be spread by grafting or Cuscuta australis (known as dodder). Mixed infections of phytoplasmas and viruses, bacteria, and spiroplasmas have also become a serious problem in several crops and are responsible for more synergistic losses.

With the continuous development and improvement of technology, molecular biological detection has become the main technique for phytoplasma detection and identification. Currently, research on phytoplasma diseases in China mainly focuses on pathogen identification and classification and insect vector and host diversity; however, there is less focus on pathogenicity, comparative genomics, and effect factors.