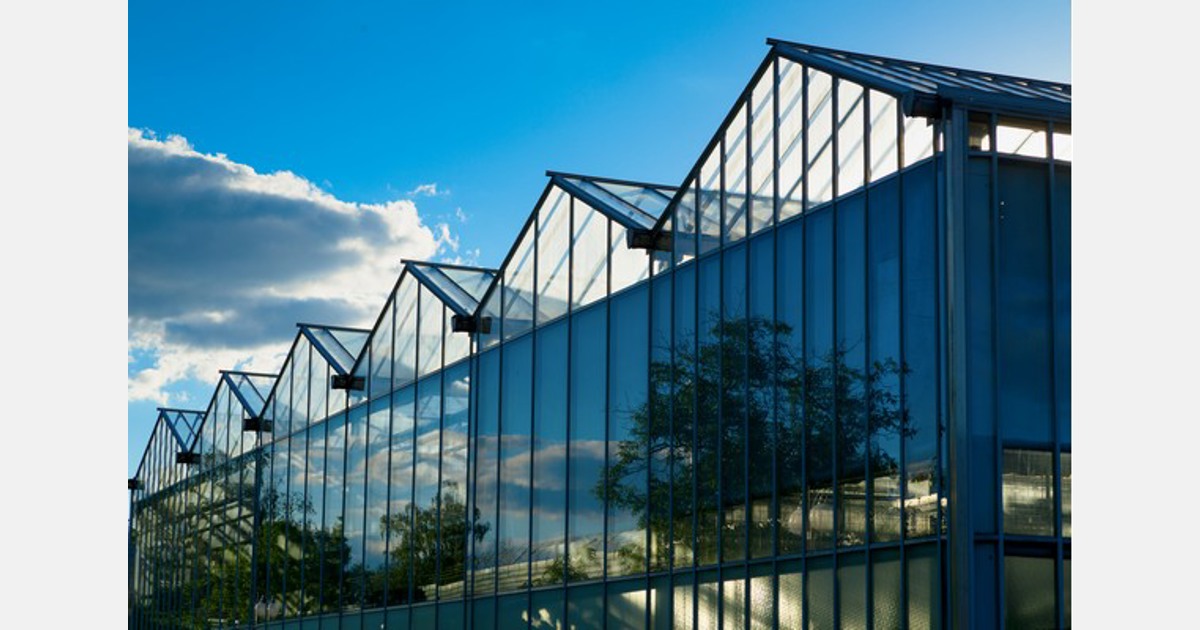 This year, Richbar Golf and Gardens is celebrating two important occasions. The garden centre has reached its 65th year in business, and perhaps even more impressive co-founder Peter Josephy will turn 100 years old on June 30.

The garden centre on Red Bluff Road, which now grows more than 600 varieties of annuals, vegetables, herbs, and perennials, began as a vegetable farm in the 50s. Peter and his wife, Barendina Wiersma, came to Quesnel in 1951. They left Holland in 1948 after the war, spent some time in Alberta and Vernon, and then moved to the Cariboo with a plan to grow potatoes. They built a home on Sales Road, but they never did plant potatoes – instead, they found success with cabbage and turnips. In 1956, the couple moved with their six children to Red Bluff Road. They built another home on the new property and used the remaining 20 or 30 acres to grow crops. By 1957, locals were starting to ask to buy vegetable transplants destined for the fields, and a greenhouse business began. Peter and Barendina’s business grew, and so did their family: two more children joined the clan in the ensuing years. One of those children was Roy Josephy, who has run the business with his brother Walter and sister Anne since 1982. Roy amazes at the expansion of his family’s business in the early years. “In six years with six kids, they opened up. I don’t think you could do it that quickly these days. I started working in the greenhouses when I was 5 years old probably, filling flats and containers. So that makes it 57 years working here.” he muses. The Josephys eventually moved from vegetables into ornamental horticulture. They also started a landscape contracting business, working on projects across the Cariboo and Northern B.C. “That was more my mother’s end of things, the ornamental horticulture and landscape design,” says Roy.

Roy believes that many of the mature trees in the City of Quesnel, particularly in the Johnston neighbourhood which was built up in the early 60s, were brought in by his parents. Some trees were imported from other nurseries, and the Josephys grew others on their own property to replant. “To start with, they were importing trees from Holland,” explains Roy. “I don’t think horticulture really had a big start in Quesnel. It was pretty basic around town. In the 50s, most people weren’t worried about planting flowers. And that has evolved a lot in town.” The Josephys have designed and planted many of the recreational fields and spaces in Quesnel, including the soccer fields, most of the baseball diamonds, and the Riverfront Trail. In 2018, they completed planting for the Reid Street renovation. “After that, we decided we were old enough to quit that part of the work,” says Roy. They now only take on the odd contract each year. But there is plenty at the nursery to keep busy. In 2003, Roy and his siblings created the golf course at the Red Bluff Road property, which attracts golf enthusiasts from the Cariboo and far beyond. It started from a desire to find a use for some empty land where the family used to grow sod.

“We were trying to figure out something to do with the property; it was growing weeds,” says Roy. While skating on the pond with friends one afternoon, a neighbour threw out the idea of a pitch and putt. “A week or two later, we had the applications in for the golf course. It seemed like the obvious thing to do.” The family also opened a café, which became the golf clubhouse, and the current iteration of Richbar Golf and Gardens was born – a springtime destination. Roy says the fact that the nursery sells direct to consumers, rather than shipping plants farther afield, has given them a niche market in the Cariboo. “We grow our own bedding plants and perennials, so they are set for the season, timed properly for planting here. We move things from warm greenhouses to cool greenhouses; we hold them back and control growth using temperature. It works for a better long-season plant that way,” he explains. “That’s the reason we are able to be here with this size of a setup – because we are marketing direct to the public, rather than bringing plants up from the coast.” Anne runs the greenhouses and plants them in early March each year. These plants stock the garden centre, along with some plants and shrubs that are brought in from other suppliers. A family business at its heart, a number of Josephy offspring work alongside Roy, Anne and Walter each season. Peter is ever-present, residing in the home on the property, although Barendina passed away in 2016. Alongside the Josephys, each spring a handful of employees are called to action – some new, some with many years of experience. Melanie Baker has worked at the garden centre every spring and summer for 19 years, and Bob Skelly has maintained the golf course for 13 years. “Bob gets here at 6 a.m. and then goes golfing with his buddies at 11,” jokes Roy.