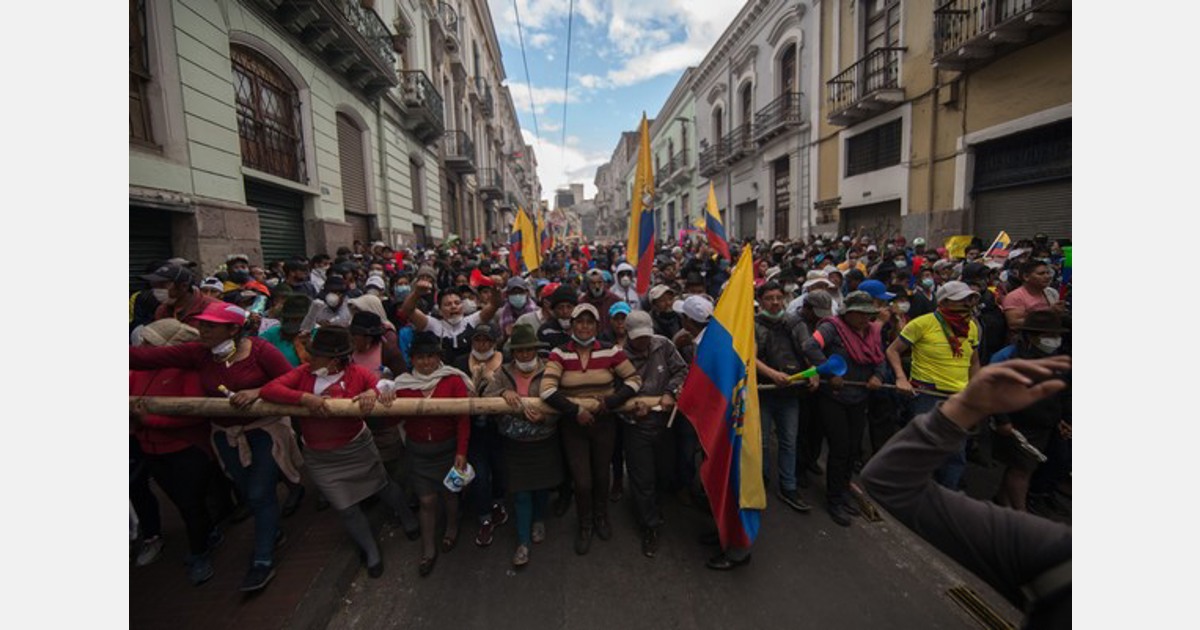 On Monday, June 13, protests in Ecuador erupted against the policies of conservative President Guillermo Lasso. The demonstrations were announced by the CONAIE, the Confederation of Indigenous Nationalities of Ecuador, calling on the government to freeze the rising gasoline costs, stop additional oil and mining development, and extend deadlines for small farmers to pay off debts with banks.

In 2019, a similar protest happened when then-president Lenin Moreno abandoned plans to eliminate fuel subsidies after the CONAIE-led protests that resulted in 11 deaths. The Chamber of Agriculture claimed that those protests and the stoppage that they caused left the Ecuadorian economy with $830 million in losses.

Last week, before the protests started, the National Association of producers and exporters of flowers of Ecuador, Expoflores, called on protesters to not repeat what happened in 2019, which was called the Black October. Yet, the dissatisfaction in the country apparently was too much to be kept quiet, and protesters have proceeded to put blockades on highways and, in some instances, even assaulted flower producers. 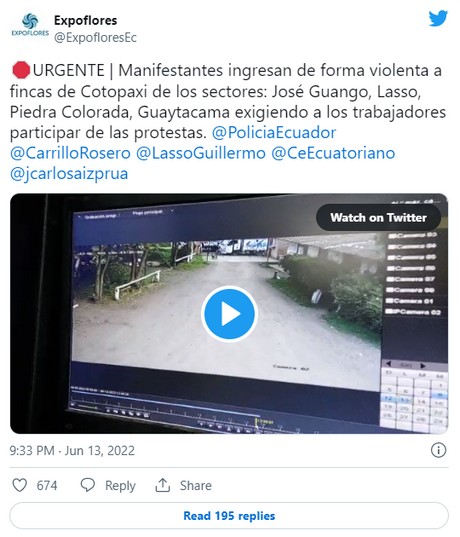 Expoflores Twitter has been sharing videos and pictures of the effect of the protest on the flower sector. They show that protesters have indeed entered Cotopaxi Farms, demanding that workers joined the protest. Allegedly, protesters have also damaged worker busses to prevent them from driving away. 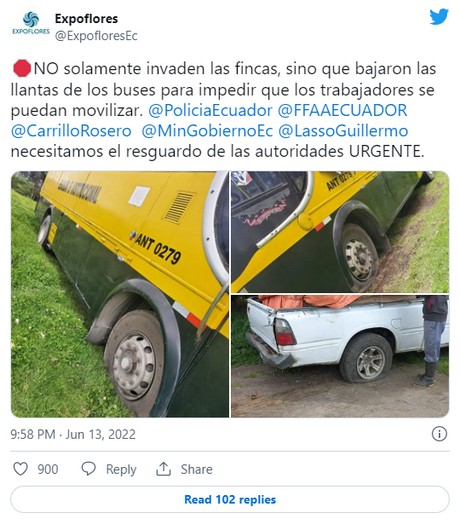 Roads and highways were also blocked, preventing the free movement of goods. “[Trucks] cannot go to the airport or return to the farms. We lose production. We need to work!” shared Expoflores.
The Commission of Ecuadorian Entrepreneurs got together to obviously unanimously condemn the violence of the protests and to call for a dialogue between parties. “Ecuador needs peace, unity, and work,” they said. Additionally, the Commission openly sympathized with flower and broccoli growers as they have been the first to be affected by the road blockades and to be assaulted. 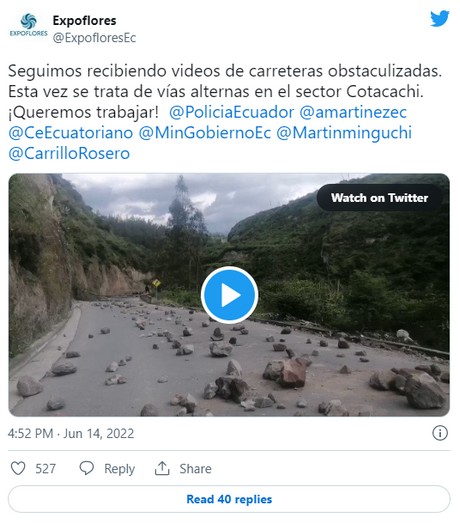 The president of the Ecuadorian Federation of Exporters (Fedexpor) estimated that the productive sector is losing around $3.2 million on a daily basis because of the demonstrations. Alejandro Martinez, executive director of Expoflores, estimated that the flower sector alone is losing $2 million a day because exporting cargo is now impossible.