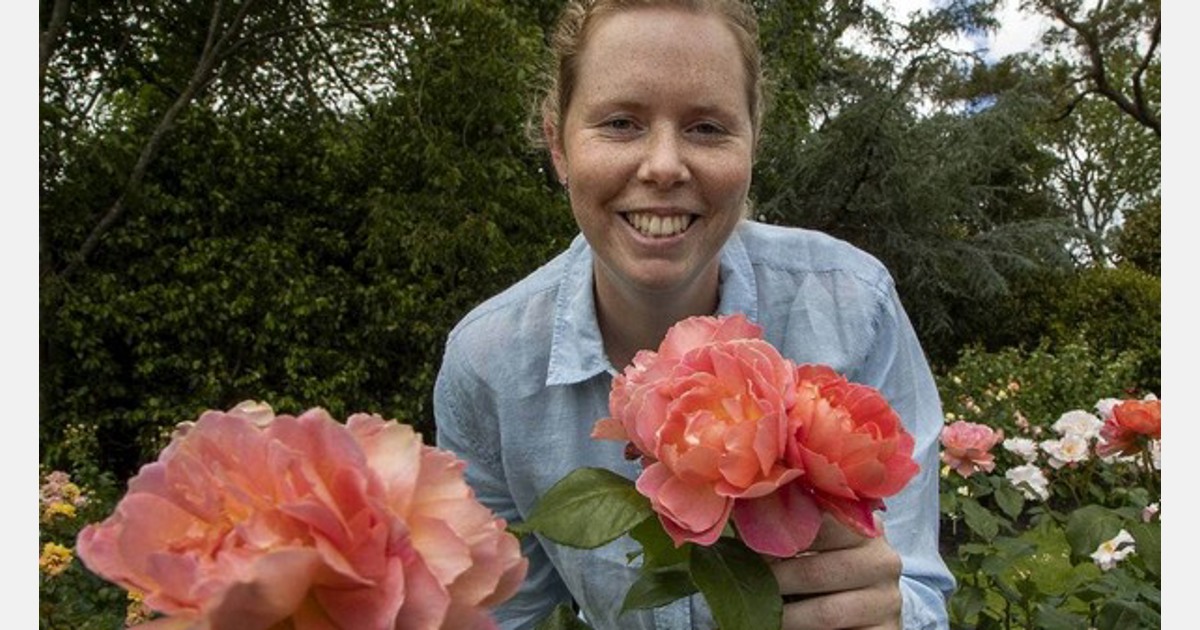 A rose named after a prominent rose cultivator has turned out to be the sweetest grown at the international rose trial grounds at Palmerston North’s Victoria Esplanade in the past two years. New Zealand rose breeder Bob Matthews won the top award at the New Zealand Rose Society international rose trial grounds in Palmerston North.

Matthews’ orange rose variety, named “Allison Scott” after a prominent rosarian, won the Gold Star of the South Pacific for the highest-scoring rose on trial. The win capped off a year of celebration for its breeder Matthews, whose family nursery near Whanganui has just marked 75 years of commercial rose growing.

The award was announced by the chairman of the trial ground committee, John Ford, and Palmerston North mayor Grant Smith at the Dugald Mackenzie Rose Gardens on Sunday afternoon. Ford, himself a Palmerston North rose breeder, also had cause to celebrate, winning the Silver Star of the City of Palmerston North for the best rose from a New Zealand amateur rose breeder.

His winner has an apricot-colored bloom and is named “Autumn Glow.” Of the 50 roses submitted, another three were awarded more than 70 points by the team of 20 judges who have been assessing their growth, health, form, and fragrance during the past two years.

Read the complete article at www.stuff.co.nz.