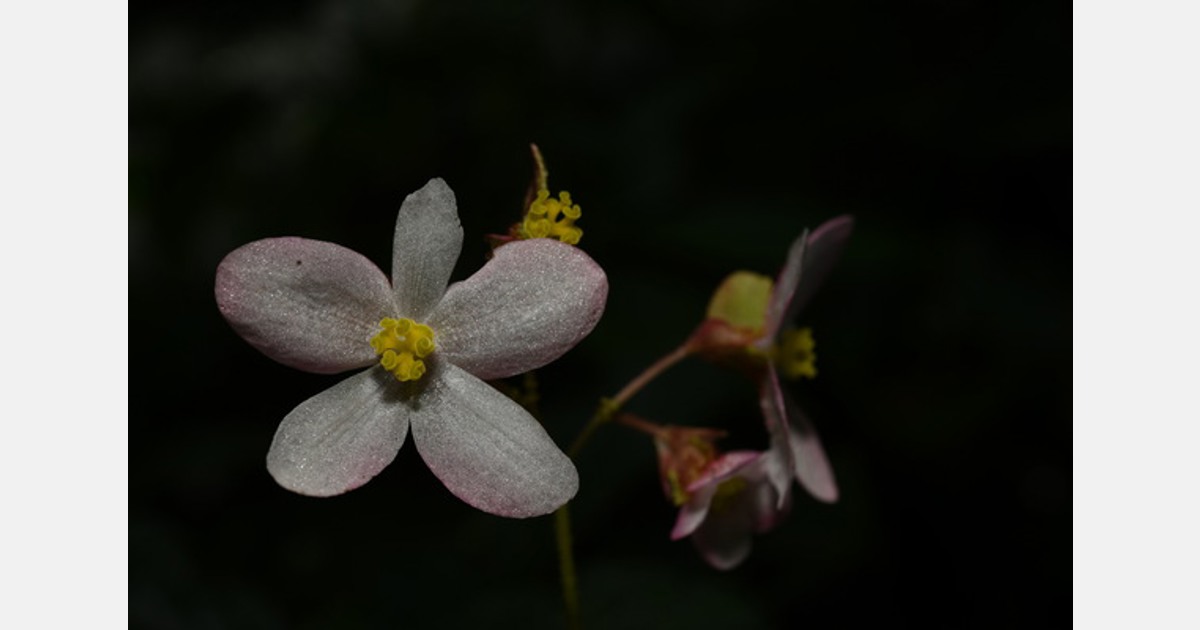 Begonia is the sixth-largest genus of angiosperms. Yunnan has 117 species of Begonia among the 250 species from China. Among the currently known Begonias in China, only Begonia Yui has paired bracteoles below the ovary.

During the botanical surveys of the transboundary cooperation on biodiversity research and conservation in the Gaoligong Mountains in 2021, researchers from Xishuangbanna Tropical Botanical Garden (XTBG) collected an unknown Begonia species with bracteoles present.

After careful literature review and morphological comparisons, the researchers confirmed it as a species new to science. They named it as Begonia longlingensis to refer to the type locality in Longling County. The new species was published in Taiwania.

Begonia longlingensis is morphologically similar to B. wenshanensis in having similar leaves and caulescent habits. But it can be distinguished from similar species by the following characteristics: puberulous inflorescences, five tepals of pistillate flower, bracteoles under the ovary, ovary densely red succulent strigose, and rhizomes well developed.

Read the complete article at: english.xtbg.cas.cn