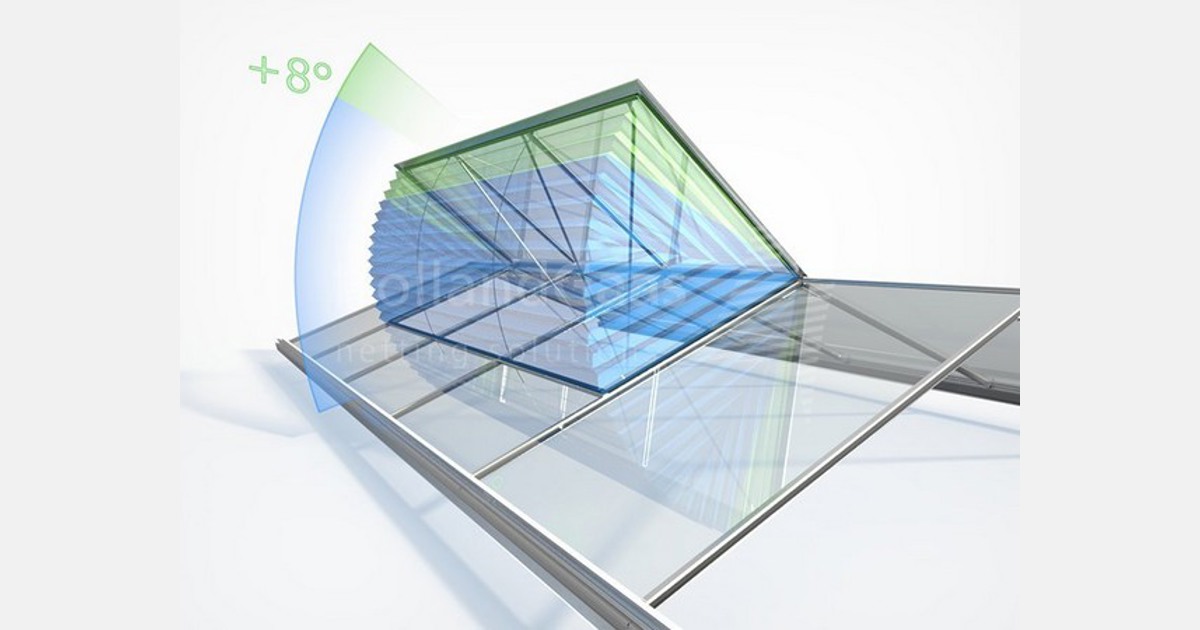 Holland Gaas has developed a new insect netting system that nevertheless facilitates the proper inflow and outflow of air in a greenhouse. The innovative system allows for a significantly better ventilation capacity than traditional systems. Thanks to the OPTI VENT SYSTEM vents can be opened up to 8% wider, while the convex shape of the guide mechanism provides for a larger surface area to accommodate a greater flow of air. Add to that an optimum coordination with the ventilation mechanism of the OPTI VENT SYSTEM and the thinner yarn used in the netting, and you have an ideal system for new-build greenhouses with vents according to the ‘wide-open principle’.

‘The fact that it obstructs ventilation is a common argument against the use of insect netting among growers’, says sales manager Klaas-Jan de Ruiter of Holland Gaas. The OPTI VENT SYSTEM, however, meets growers’ needs in two ways. ‘Thanks to this system, the greenhouse roof can be opened up to eight per cent wider. That’s a 51-degree angle instead of the current maximum of 43, which increases the frontal opening from 1035 mm to 1210 mm. It has a new guide system, which allows the netting to take on a convex shape. This rounder shape increases the surface area through which the air can pass. This is also beneficial to air flow.’ As the guide is made from stainless steel, growers can be assured that it will retain its shape in practice. 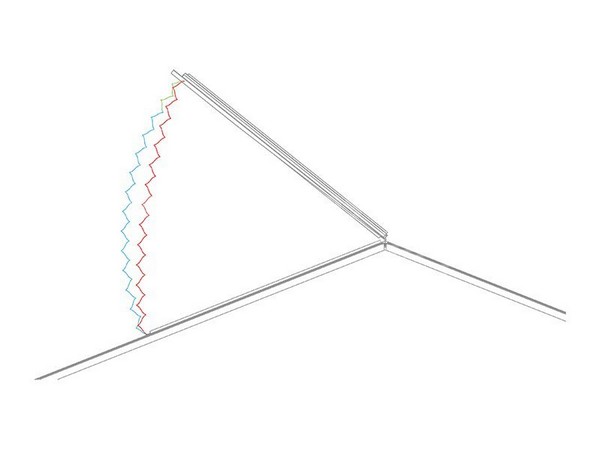 Holland Gaas also opted for thinner polyester yarn in its netting. This also allows more air to enter the greenhouse. Additionally, as the system was developed in conjunction with suppliers of greenhouse roofing, the OPTI VENT SYSTEM can be perfectly integrated into every ‘wide-open’ roof system, regardless of the manufacturer.

Accordion system for minimum light loss
Using the proven accordion system, the netting folds into a compact package that reduces any loss of light to an absolute minimum. According to Holland Gaas, the OPTI VENT SYSTEM offers the widest possible vent opening currently available, in combination with the thinnest yarns.

The new on OPTI VENT SYSTEM will be on display at the GreenTech: booth 01.120.