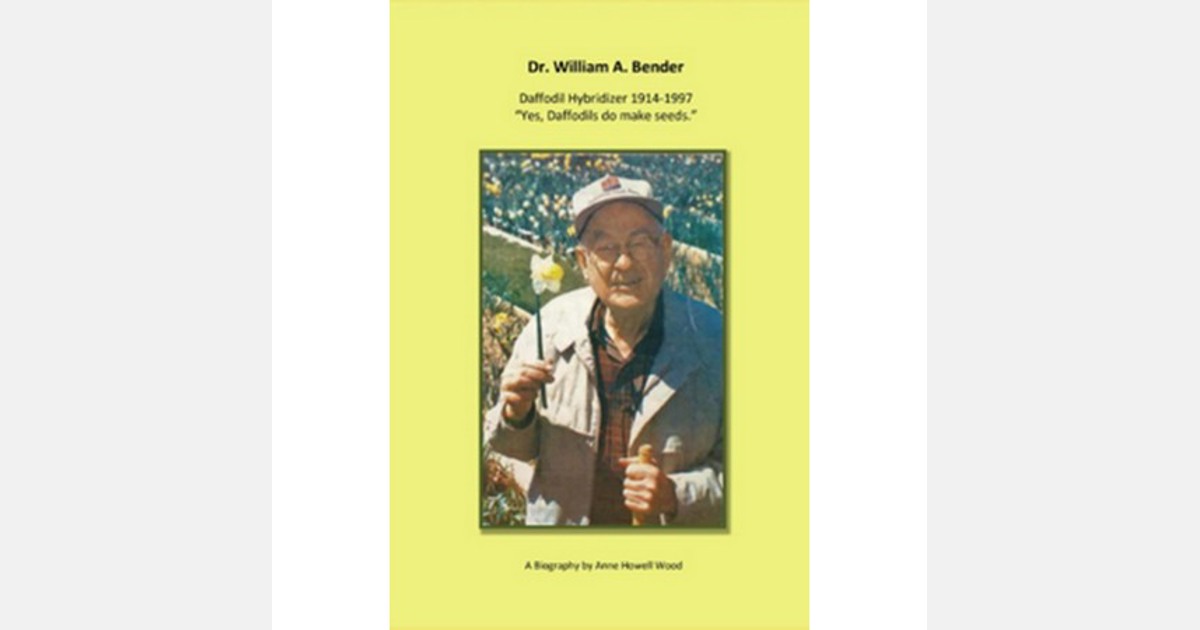 Anne Howell Wood graduated from Mary Washington College (now University of Mary Washington) in the class of 1970 with a degree in Chemistry.  After retiring from the work-a-day world, she became a Penn State Master Gardener in Cumberland County, where she has participated since 2006.  She is a past president of the Carlisle Garden Club from 2014-2016 and is still an active member.  She has been a member of the American Daffodil Society (ADS) since 2006 and a member of the local Tuscarora Daffodil Group for the same period of time.  She has participated in showing daffodils and photographing daffodils for over 14 years, which has resulted in many awards in both instances.

Dr. William A. Bender, a descendant of Conrad Weiser, was a general practice physician in the town of Chambersburg, Pennsylvania, where he was born.  As he was growing up, his job at home was to care for the yard and flowers on his parent’s farm under his mother’s tutelage.  As an adult, he became interested in daffodils at the encouragement of his sister-in-law, who was a member of the Chambersburg Garden Club.  She was a daffodil grower and shower who won many awards.  Once Dr. Bender started growing and showing daffodils, he too won many awards.  When he started hybridizing daffodils, he began to show only daffodils that he had grown from seed.  The book tells his story starting at birth, as a student, as a husband, as a father, as an Army captain in WWII, as a community leader and charter president in the first Exchange Club of Chambersburg, then as a member of the American Daffodil Society (ADS), as president of the society for two terms, as a researcher for articles he published in the ADS Journal, as a daffodil hybridizer of note, and as a friend to many other daffodil lovers all around the world whom he met through the ADS—all while answering the call as a general practitioner.

There are many photographs, some in black and white, others in color.

The book is available through Amazon.com.