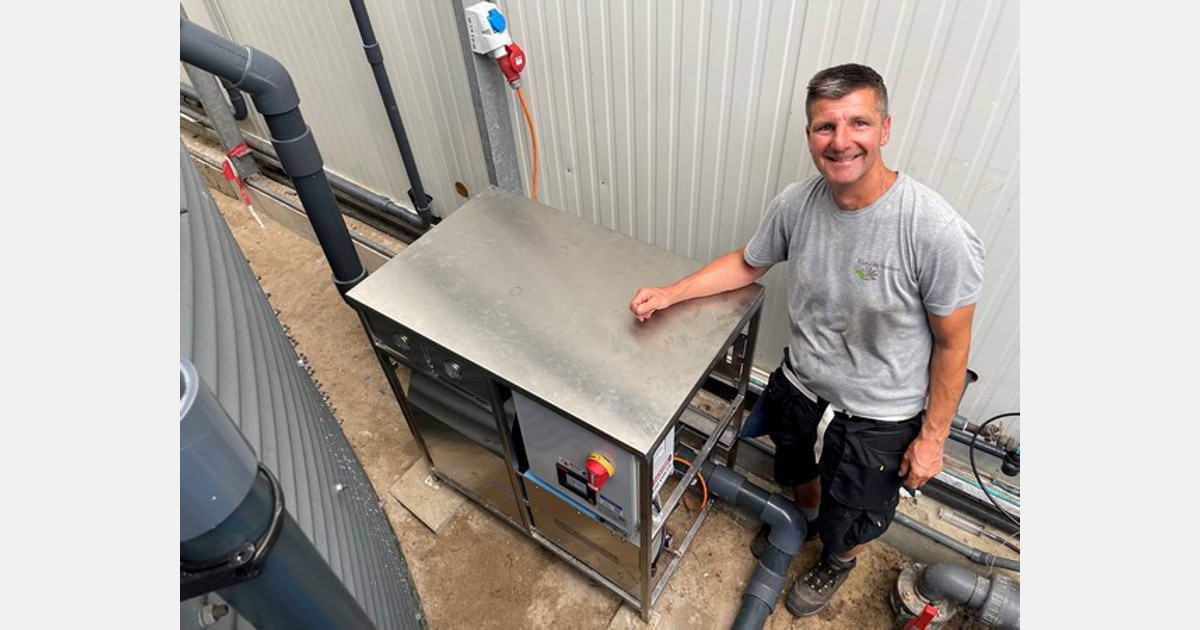 Klondike Gardens has specialized in gerbera cultivation since 1984. Since the application of oxygen nanobubble technology, the nursery, which has two locations in Berkel en Rodenrijs (Netherlands), has seen several improvements in its current water system and crop resilience.

Losses
To keep the water system clean and to suppress pathogens, the grower alternately doses chlorine or hydrogen peroxide into their drip irrigation water, and the drain water is disinfected with a UV disinfection unit. Despite the disinfection, many gerbera plants were still lost.

This loss can be attributed to a weak root system and the stress caused by harvesting. Diseases like Fusarium, Verticillium, and/or Phytophthora weaken root systems by affecting root development and plant health. The plant undergoes stress during harvest because the flower is pulled off at the ‘main point.’ This stress is not normally a cause for concern; however, the weakened roots reduce the plants’ resilience and lead to further damage. The plant has even less of a fighting chance during the summer after a period of very warm days.

Nanobubbles as the solution
To improve overall root health, Klondike set up a trial with Moleaer’s nanobubble technology to increase dissolved oxygen levels and inject nanobubbles.

The focus of this trial was on controlling disease pressure and improving plant resilience. Oxygen nanobubbles contribute to aerobic conditions in the entire water system, including the root system, which means plant pathogens have less room to develop. In addition, the nanobubbles create a mild oxidizing effect, which decreases biofilm and addresses existing pathogens in the water system.

Following the installation of the Moleaer oxygen nanobubble generator at Klondike Gardens, Moleaer carried out frequent measurements throughout the entire water system. Moleaer’s technology rose the dissolved oxygen levels from 7 ppm before the technology was installed to an average of 25 ppm after. The trial even showed that between the treated tank and the end of the dripline, the difference in oxygen levels was less than 1 ppm. 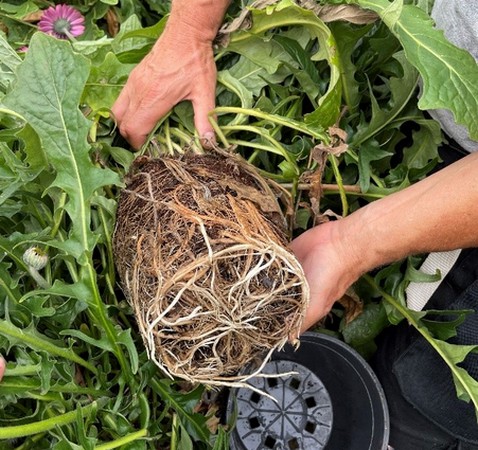 Cleaner water, stronger plants
After the system had been running for a few months, Klondike could see that the gerbera plants were more vigorous and better root development was noticeable.

In addition, the overall hygiene of the water system was improved after the introduction of nanobubbles. Water samples showed visually clearer water compared to the previous year, and plants showed more resilience to heat stress during warmer days, thanks to higher levels of dissolved oxygen at the root zone.

Klondike has seen lower plant loss due to disease, and a full analysis will take place for long-term results. With the more vigorous crops and improved water system hygiene, the grower is also considering reducing the number of disinfection agents they currently use.