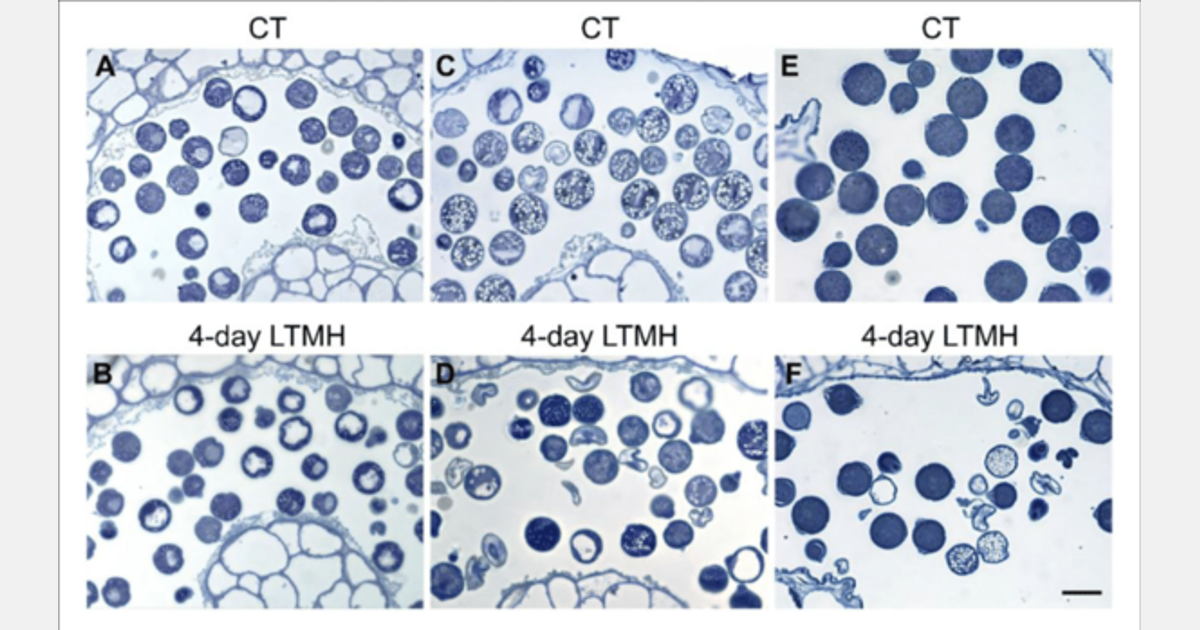 Crop reproductive success is significantly challenged by heatwaves, which are increasing in frequency and severity globally. Heat-induced male sterility is mainly due to aborted pollen development, but it is not clear whether this is through direct or systemic effects. Here, long-term mild heat (LTMH) treatment, mimicking a heatwave, was applied locally to tomato flowers or whole plants and followed up by cytological, transcriptomic, and biochemical analyses.

By analyzing pollen viability, LTMH was shown to act directly on the flowers and not via effects on other plant tissue. The meiosis to early microspore stage of pollen development was the most sensitive to LTMH and 3 days of exposure around this period was sufficient to significantly reduce pollen viability at the flower anthesis stage. Extensive cytological analysis showed that abnormalities in pollen development could first be observed after pollen mitosis I, while no deviations in tapetum development were observed.

Transcriptomic and biochemical analyses suggested that pollen development suffered from tapetal ER stress and that there was a limited role for oxidative stress. Our results provide the first evidence that heat acts directly on flowers to induce pollen sterility, and that the molecular-physiological responses of developing anthers to the LTMH are different from those to severe heat shock.