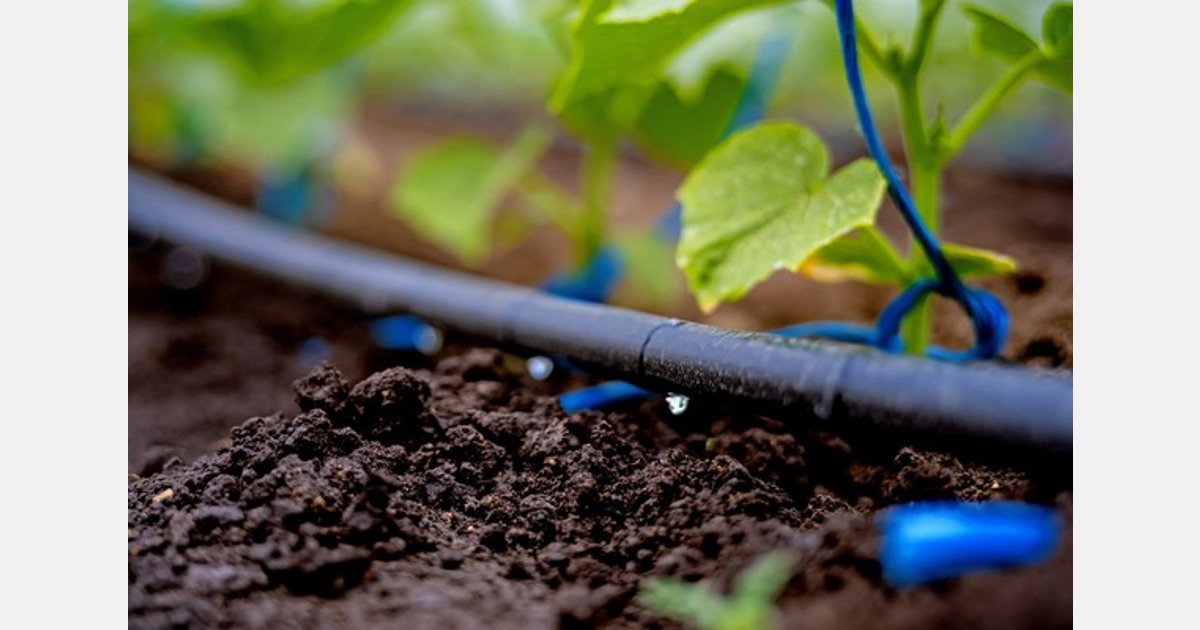 Hollandia Nurseries will install a new irrigation system that will help automate the water process for hanging plants, thanks to a Connecticut Department of Agriculture Farm Transition Grant.

Owner Eugene Reelick said the effort will begin on June 15, when he can place an order for the equipment. “It is a really special grant for us because it is going to make our lives so much easier,” said Reelick in a recent phone interview.

The new equipment will do so much more too, like cut water use by an estimated 40%. Reelick shared that the new irrigation system will be installed in a greenhouse called 9 12. The greenhouse was created from five greenhouses and is named after those units, 9 to 12B. A ribbon-cutting for the new greenhouse was held on May 9, and it was attended by several dozen people and local officials.

The new system will monitor the hanging plant baskets within 9 12 for weight, and it will water the plants accordingly. The weight directly identifies the amount of water within the basket. The measurements will also be adjusted while the plants grow to more accurately determine just how much water each plant needs. This system, Reelick said, will allow Hollandia Nurseries & Farm staff to focus on customer service and completing other tasks such as transplanting. It will allow him to put his staff where he wants them, primarily helping customers. And the plants will grow at an accelerated rate due to the automated process. Reelick estimates he will be able to have plants ready for retail about three weeks faster.

Hollandia Nurseries was awarded $20,000 for the project, according to Reelick. As shared in the Connecticut Weekly Agricultural Report from the Connecticut Department of Agriculture, the 33 Farm Transition grants total $515,953 and focus on expanding, diversifying, and improving existing operations at the locations. According to the report, Connecticut is home to more than 5,500 farms contributing more than $4 billion to the state’s economy.

“The Hollandia Nurseries award will enable them to install an irrigation system in five of their greenhouses to water individual hanging baskets through an automated system – significantly reducing their water usage and input costs while increasing efficiencies and production.” “It’s going to be great,” he said about the project ahead.

Read the complete article at: www.newtownbee.com