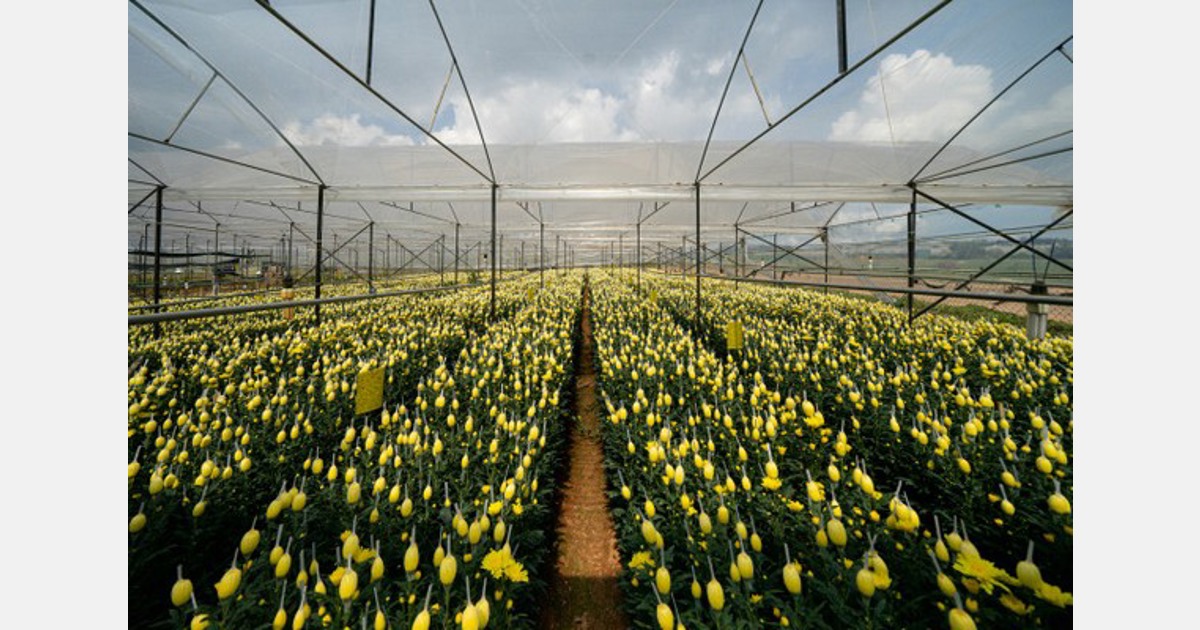 Cam Ly landfill was, until it was shut down in 2020, the primary dumping ground for the city of Dalat. A hilltop locale 5 kilometers from central Dalat, the landfill was the final destination for the majority of plastic used in agriculture in Vietnam’s Central Highlands region. But in August 2019, heavy rain prompted an outpouring of trash, sending plastic sheeting from greenhouses and untreated agrichemical bags and bottles rushing downhill. The incident covered lowland farms in thousands of metric tons of waste.

Dalat, known for its temperate climate, rolling hills, pine trees, and agriculture, is the capital of Lam Dong Province. Over the past two decades, plastic greenhouses have enveloped much of the landscape within the city and surrounding areas. These sheets of plastic have increased agricultural production and raised farmers’ income. However, greenhouses are also contributing to rising temperatures, floods, pollution of waterways, and the build-up of agri-plastic waste in places with no formal system for recycling.

Plastic shield against a volatile climate
While greenhouses are expensive, they are a “mark of achievement” for many farmers, often leading to higher yields and acting as a “safety net against climate change,” says Nguyễn Châu Bảo, co-founder of Act Now, a Dalat-based environmental nonprofit. With increasingly unpredictable weather patterns in the region, greenhouses allow farmers to control the environment and shield crops from harsh conditions.

Plastic sheeting allows nonnative plants, like tomatoes, to be grown all year, protected from heavy rains, humidity, hail, and frost. Heavy downpours can cause roots to become waterlogged, split tomato skins, and lead to bacterial infections in the plant. For this reason, the majority of tomatoes are grown inside greenhouses in Dalat.

Read the complete article at: www.newsecuritybeat.org