Differences in garden plant consumption in North America and China 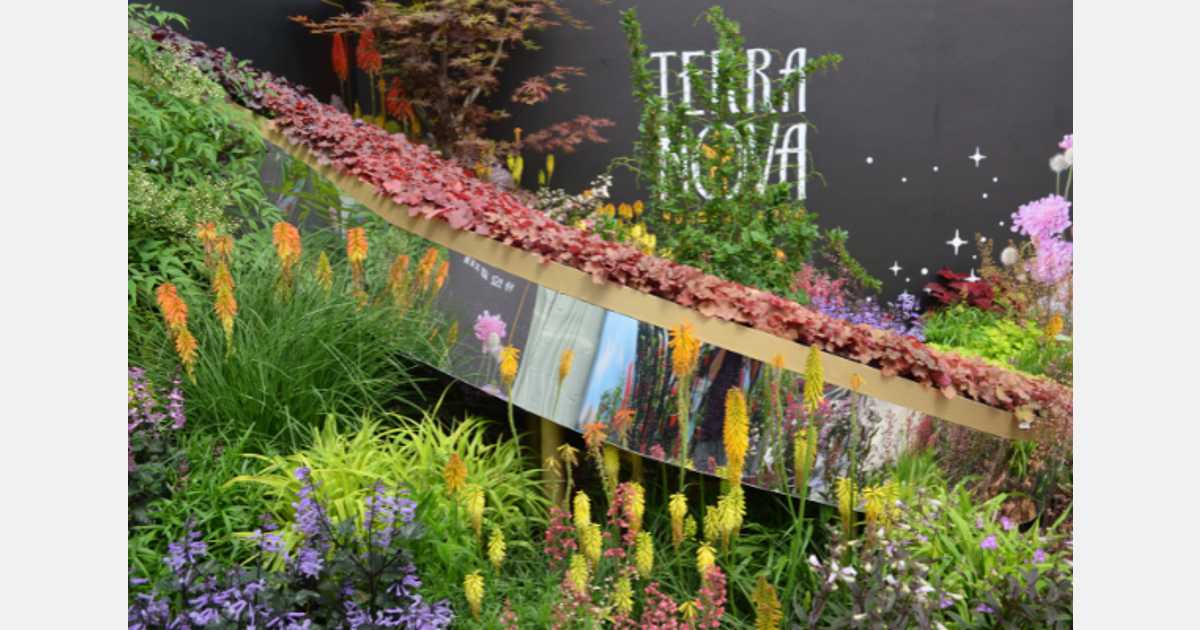 “Garden plants are the main direction of Terra Nova breeding, with a deep accumulation, and there are very distinctive series of varieties in many genera, such as Echinacea, Heuchera, Dicentra, Penstemon, Agastache, Brunnera, Geum, Thalictrum, and Corydalis. We try to contribute to the enrichment of global garden plants and also provide more choices for gardeners worldwide. 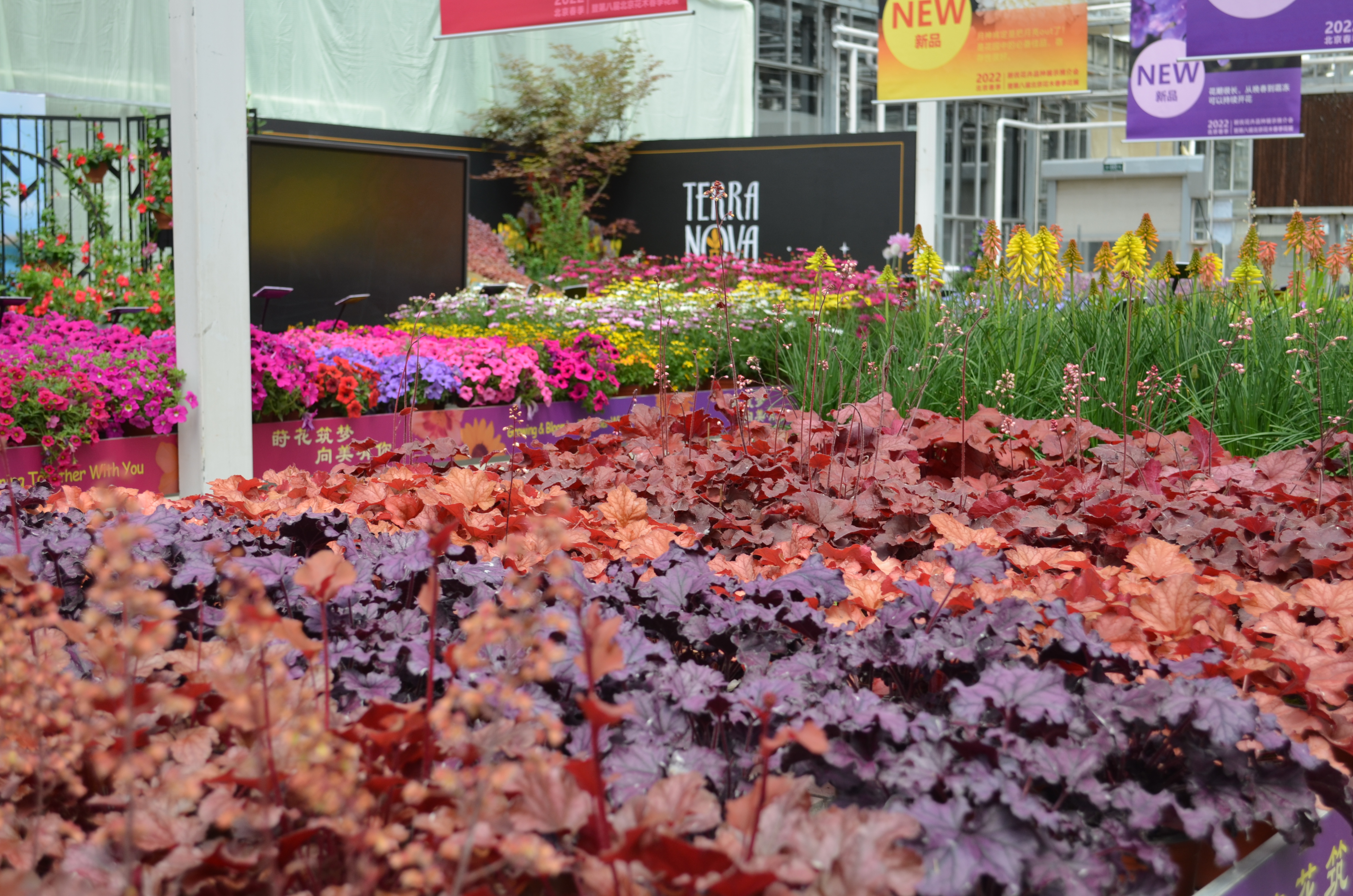 The Scabiosa ‘Vivid Violet’ is one of the ‘First release’ varieties in this show. This variety has a fast growth rate; it only takes 5-6 weeks from a 72-liner to 4-inch pot. This variety has the best mildew resistance among all the Scabiosas in the market. In addition, this variety has a long flowering period and the upright flower stalks. This plant can bloom continuously from early summer to the end of October. 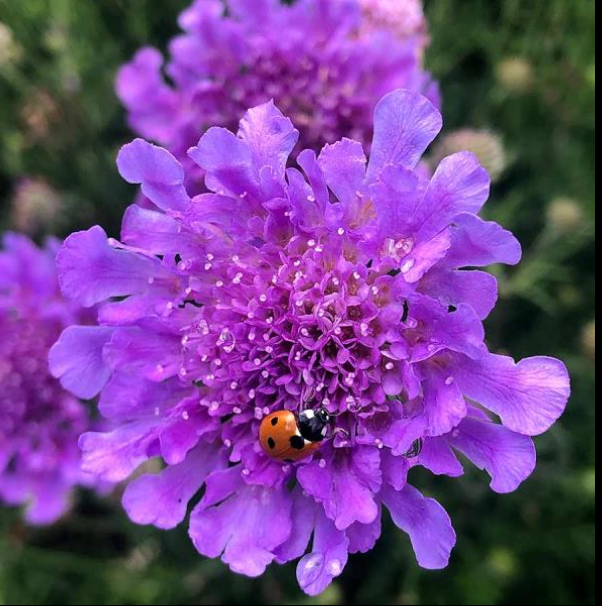 Echinacea is also one of the most important breeding crops for Terra Nova. Terra Nova was one of the first companies to start vegetative echinacea breeding. We started from scratch with species selections and hand built our hybrids. ,” said Manager Chen, the representative of Terra Nova China.

During the Beijing Florascape Flower Show, Manager Chen shared the differences between garden plants in the North American and Chinese markets. “The United States and China are in the same northern hemisphere. However, the USDA hardiness zone of the United States is more northl, so generally speaking, the varieties which had been bred from US native plants tend to be more cold-tolerant. Usually we do not need worry too much about winter coldness when such plants introduced into China. Chen also mentioned because summer in the many regions of United States is more dry, and winter is more humid when it comparing with the climate in China, so hardiness zone only can be a basic reference, and more other local climate factors we also pay a close attention prior to new varieties’ introduction into China. This is also a reason why our selected varieties are more adaptable in China.

“North American home gardening accounts for half or even more than 60% of the total consumption of garden plants, which is very different from China. The total number of households in the United States is about 160 million, and close to 100 million households have home gardening activities and and grow ornamental plants in their own yards. This has a lot to do with demographic structure, living environment, and social culture. Data show that in the consumption of garden plants, the North American baby boomers (born in 1946-1964) have the highest proportion, which is 10%higher than other age groups. On the contrary, in China, garden plants are mainly used for all types of public landscaping projects, such as road-side landscaping, commercial street, real estate landscaping, public parks, botanical gardens, and so on.

“In the end-consumer group, the promotion and selling in both China and US is very active but different. Garden centers and flower markets are the regular channels for consumers to buy ornamental plants in US, but China’s electronic consumption is becoming more and more important. HGTV (Home & Garden Television) in US conducts a lot of publicity on a daily basis and has a wider audience. In China, it is more active on the internet such as Tiktok, Kuaishou, and other short video channels. We, Terra Nova’s products, are frequently introduced on HGTV’s list and have a loyal following. ” Manager Chen concluded.