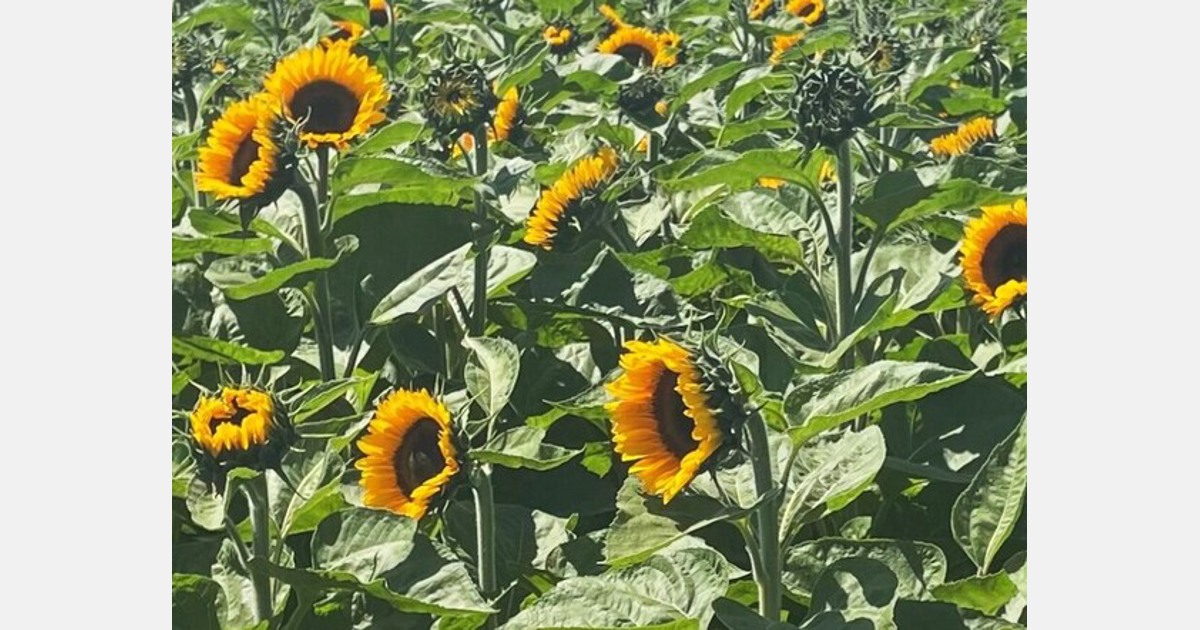 Van Gogh would have loved to hear the news demand for his beloved sunflowers is skyrocketing thanks to one of the best growing seasons in memory.

The prolonged sunshine has helped create a vibrant crop, with demand for sunflower bouquets at Tesco already up by nearly 120 percent on the same time last year.

Tesco Flowers Buying Manager Georgina Reid said: “They’ve only been in stores for a few weeks, but demand so far this summer has been exceptionally strong, and if this continues, we’re likely to see our best season.

“The start of the sunflower season has coincided with the current heatwave and the longest period of sunny weather for about five years, and if there’s anything that screams out summer, it’s a beautiful bouquet of sunflowers. Another reason sunflowers are so popular is because they represent great value, with five long stems costing £4, which can dominate visually in a room. Right now, they are even better value as they are on promotion until Monday for £3.”

The main area for sunflower production in the UK is South Lincolnshire. This is mainly because the fertile silt-based soil found there is perfect for flower growing.

One of Tesco’s growers, L&D Flowers, based in Pinchbeck, south Lincolnshire, farms more than 3000 acres. L&D Flowers Managing Director James Lacey said: “The current heatwave has been great news for sunflower growth as the more sun they get, the more they grow. “The plant itself has a tap root which buries deep into the soil to search for moisture, meaning they are quite happy with hot, sunny, dry days. This is the longest heatwave we’ve had for about five years, and based on current weather predictions, we calculate a harvest of around 13 million stems this season.”

Sunflowers have been grown in the UK for the gifting bouquet market for 20 years, with the first growers starting up in the early 2000s. Until then, Sunflowers had traditionally been imported, mainly from Europe, but entrepreneurial growers saw an opportunity to grow them over here, and demand in the last 10 years has been rising steadily. Sunflowers usually cost £4 a bouquet of up to 5 stems but are currently on offer, until July 18, for £3.