Coating as a base, screens as “emergency brake” 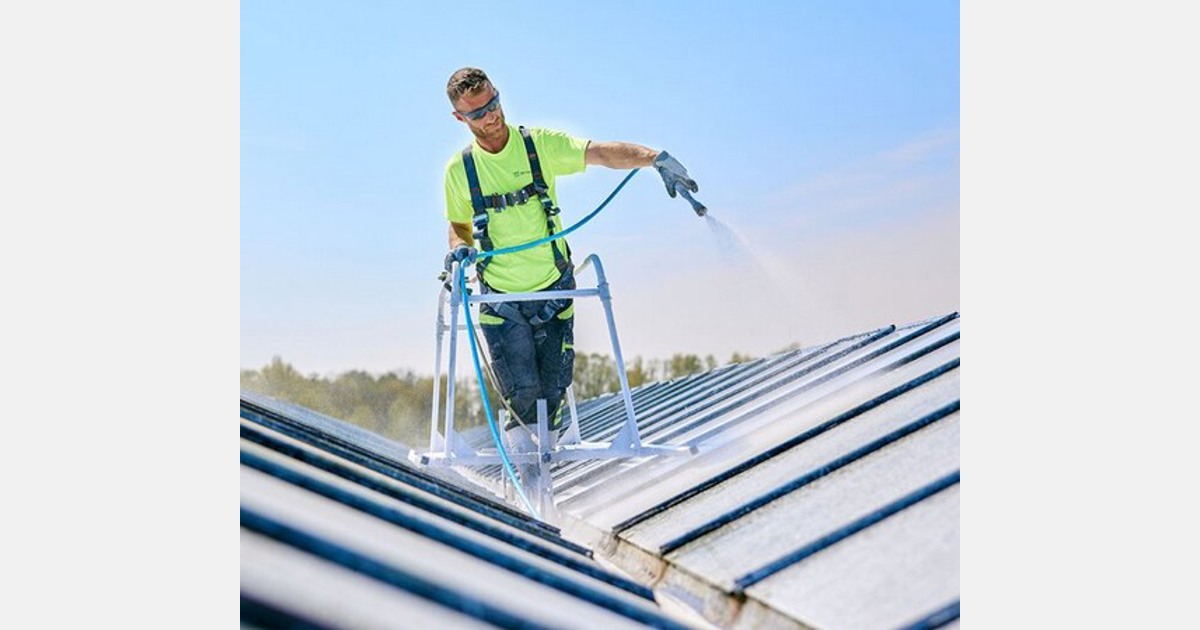 A coating on the greenhouse deck is a kind of insurance. You keep excess light and heat outside the greenhouse. And if the radiation is still too high, you can close the movable screen. This is a combination strategy that more and more growers are adopting.

A number of consecutive hot summers have spurred many growers to reconsider. How do you make the best use of light while preventing damage from too much radiation? It has led to a reconsideration of the type of coating, but also of the combined use of coatings and movable screens.

In early spring, when there is still no protective coating on the greenhouse roof, a movable screen is an adequate means at times of excessive radiation. However, the average radiation level increases considerably during spring. It then becomes increasingly difficult to keep the climate optimal with just a screen. The solar energy is already present in the greenhouse before the movable screen can block it. A coating, on the other hand, sits on the greenhouse roof and prevents too much energy from entering.

Keaping heat out of the greenhouse
More and more growers are guided by this consideration when choosing how to combine coatings and screens.

Freesia grower Pip Tesselaar put it very clearly in a recent report, “In the past, as Freesia growers, we didn’t coat. We balanced the heat peaks with the screen cloth. But insights into this has changed. Freesia does not like heat and if you close the screen, you already have the heat in the greenhouse. So, it’s better to do something on the outside of the greenhouse to prevent the heat from coming in. Now coating has become quite common.”

Cucumber grower Remi van Geest of Green-Y-Land nursery has also changed his perception. “In one of our greenhouses we only had a movable screen. We never coated there in the past. In bright sunshine we pulled the screen closed, but then it quickly gets muggy so you have to keep a gap. A coating is more stable for the plant. That’s why we’ve started using ReduFuse IR in all our greenhouses,” says the grower. 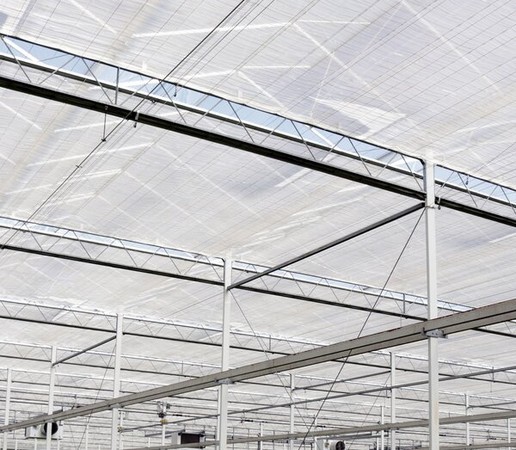 Ornamental crops
Some crops are very vulnerable to too much light, such as hydrangea. Sijben Hydrangea uses the ReduSol coating as a base and deploys the movable screen at times when there is still too much light entering the greenhouse.

“A thin layer of ReduSol is applied to young crops in early April. A second layer is then added later. For two-year-old crops, we apply once or twice,” he says. “additionally, on sunny days, we also pull the energy screen closed. That often happens by noon. If we don’t do that, the flowers start to droop in the afternoon,” says Martijn Sijben.

The Bridge Farm Group in England has also refined the screen strategy to allow their houseplants to grow in a more balanced way. Grower Antonio Rodrigues: “We used to protect our plants from too much radiation with the moveable energy screen. However, we cannot close that completely; you always need a gap for air circulation. With ReduSol, we achieve better even protection and a better greenhouse climate.”

Screen and window settings
“When the vents are open, however, here and there direct sunlight still falls on the plants. You can’t always choose whether to open the vents on the windward side or the leeward side. With the moveable screen, we adjust if the radiation through the vents gets too much,” says Rodrigues.

Since he has been using coatings, he uses the screens less often. They are still often closed in the middle of the day in summer, but the closing control is set for a higher level of radiation than before.
The latter is a general assumption when light is measured outside the greenhouse. When a coating is applied the screen settings in the climate computer have to be adjusted so that the movable screens close at a higher outdoor light level. The settings of the vents also need to be adjusted, so that more CO2 and moisture are retained in the greenhouse.