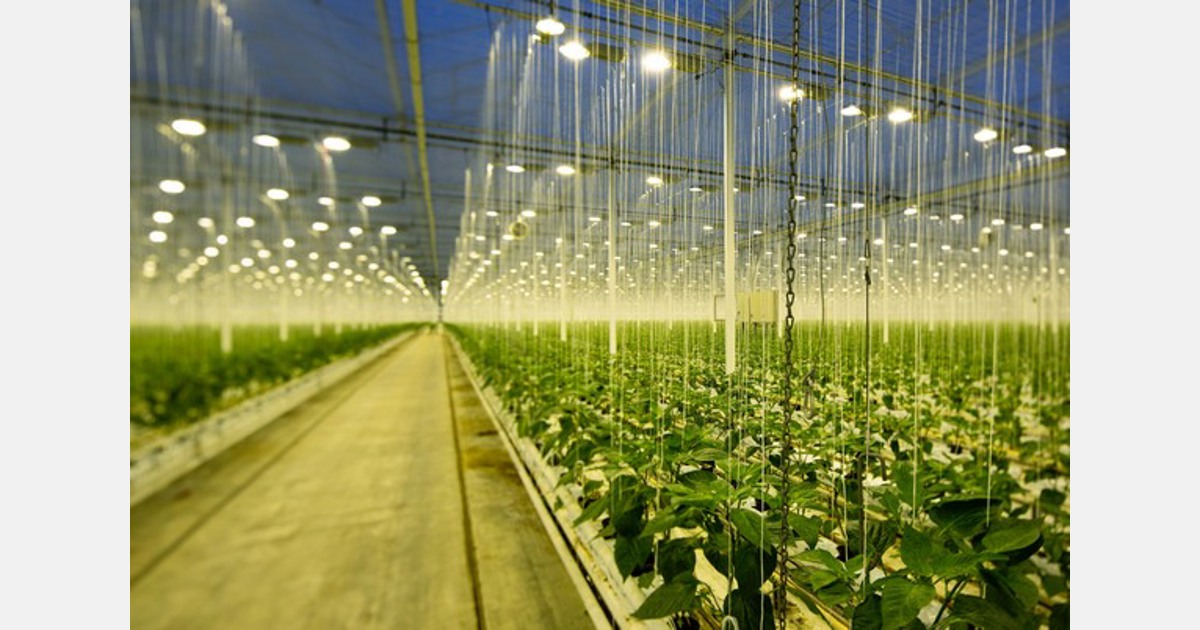 ams OSRAM announced it received two awards for its Oslon Square Batwing at this year’s LightFair. The celebrated LED, which is used for horticulture lighting, was recognized for its performance, reliability, efficiency, ease of integration/use, and innovation with a LEDs Magazine BrightStar Award for Horticultural SSL & Controls Systems. In addition, the product received a LightFair Innovation Award in the LED / OLED, Chips, and Modules category.

The optics of the Oslon Square Batwing emit a unique pattern of light that looks like wings, which allows horticulture lighting customers to simplify designs and increase efficiency. The 140° beam angle and rectangular shape of light distribution enables higher uniformity and optimum utilization of space in greenhouses. The wider angle also allows for a larger distance between the luminaires, which can reduce the number of fixtures.

“The Oslon Square Batwing is the world’s first batwing optic LED family for horticulture applications,” said Janick Ihringer, Vice President and General Manager, Illumination at ams OSRAM. “We are thrilled to receive two awards for this exceptional product and remain committed to leading the horticulture LED market with more innovations in the future.” The BrightStar awards are decided by an experienced panel of judges from the LED and lighting design and manufacturing community. “On behalf of the LEDs Magazine BrightStar Awards panel, I would like to congratulate ams OSRAM on its high-scoring honoree status,” said LEDs Magazine Editorial Director Wanda Lau.

“This competitive program allows LEDs Magazine to celebrate and recognize the most innovative products of the past year that are advancing LED and solid-state lighting technology into various applications.” The prestigious LightFair Innovation Awards honored the industry’s top breakthrough products that were introduced between October 2021 and June 2022. Entries are judged by an independent panel of lighting professionals chosen from the IES and IALD.

Judging criteria included the product’s clarity of purpose, versatility, adaptability, sustainability, ease of use, design efficiency, and aspects that enhanced human wellbeing, among others.