Almost like in Holland: Belarusian farmer grows tulips in Polesia 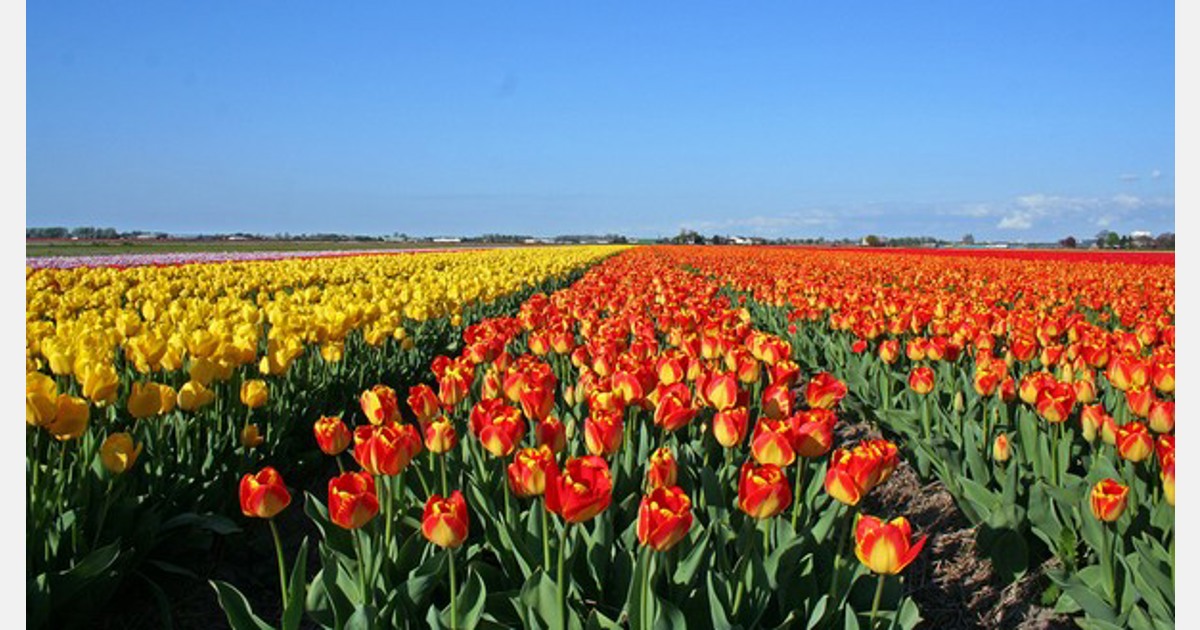 Belarusians love making photos against the backdrop of blooming rapeseed fields, but today we will surprise you with even cutest landscapes. Three hours drive from Minsk, there are tulips in an open field. The beds of yellow, pink, red, and orange stretch take up almost a kilometer, making you want to take a selfie. It is hard to believe that very soon there will be nothing left of this beauty – the buds will be mowed to not interfere with the growth of tulip bulbs. Farmers plan to sell the bulb, not the flowers. This is Tyshkovich, the Belarusian “tulip capital”

Belarusians grow flowers in greenhouses from Dutch bulbs. Such a business is especially popular in the Polesia region – locals even try to plant flowers for sale in their backyards.

“As a farm, we have been working since 2008, but initially it was a family hobby. My wife’s parents are from Tyshkovichi, and the neighbors offered me to grow tulips. It all started with a personal plot – we planted a couple of thousand tulips right in their garden, grew them, and sold them on the market by March 8. So we earned the first money and decided to do it more professionally, passed all the approvals, and rented the land. The business began to grow, and all the children and relatives, including myself, got involved in it,” said the director Roman Shpak

This year, the company decided to experiment, so some of the tulip bulbs were planted not in greenhouses, but in the open field. It turned out something similar to  “Instagram style” – there you feel almost like in Holland. The goal is to get a Belarusian bulb in order to sell it later to those who grow flowers for the holidays.

Flower beds were planted last autumn. During spring, tulips successfully survived the frosts and bloomed, decorating the field with bright colors. The flowering period, by the way, is the most important. Tulips require regular watering – for this, the company uses Spanish watering equipment. The machine is fully self-propelled: the operator is only needed to start and stop the irrigation process. During flowering, it is important to have time to carry out selection and culling. “We get rid of flowers with signs of disease or those that look different from the flowers of their variety. For example, when a tulip should be red, but it has yellow veins – such flowers need to be pulled out. Also, during the flowering period, seed growers come to us and they make acts of approbation so that we can sell the bulbs of these varieties”, Roman said.

If the flower turns black, the bulb may not form correctly, and this is a spoiled crop. After a month and a half, farmers will harvest, sort and dry the bulbs at the right temperature. Then they can be planted in their own greenhouses or sold them.  Even if they do not find buyers for the Belarusian bulb crop, they will reduce the import of foreign selection. They will plant their own bulb in greenhouses and grow tulips by March 8, thus reducing the cost of flowers. Roman is sure that the same beautiful tulips will grow from our bulbs as from the Dutch ones. He knows that in any case it will be a plus. It turned out to be an import-substituting and very photogenic business. As true Belarusians, having learned that soon there will be no flowers in this field, they decided to take more photos. 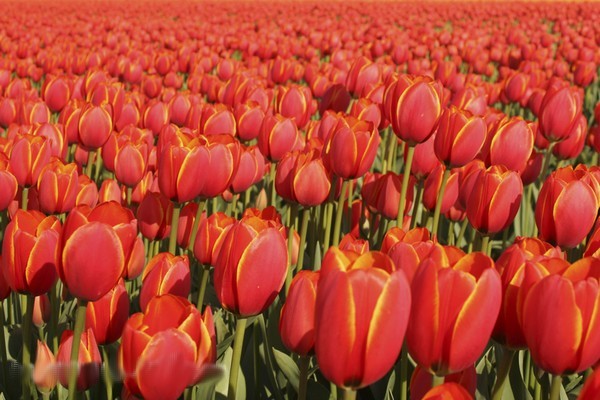 The farm grows not only tulips
In addition to tulips, the farm grows classic Belarusian vegetables – potatoes, carrots, onions, and cabbage. 200 hectares of land were leveled here, and a lot of money was invested in land reclamation, apparently not in vain. Over time, Vegetables began to bring profit comparable to flowers, if you make production as technologically advanced as possible, Roman assures. “This is not a brick factory: tomorrow there may be cold weather, a certain percentage of the crop will be lost. If the year is favorable, on the contrary, there will be an oversupply of goods on the market and prices will have to be seriously reduced. In 2019, the price of potatoes was good and, due to potatoes, they were in plus for all vegetables. Last year, cabbage was sold at a good price, and that’s how we left,” said the director.