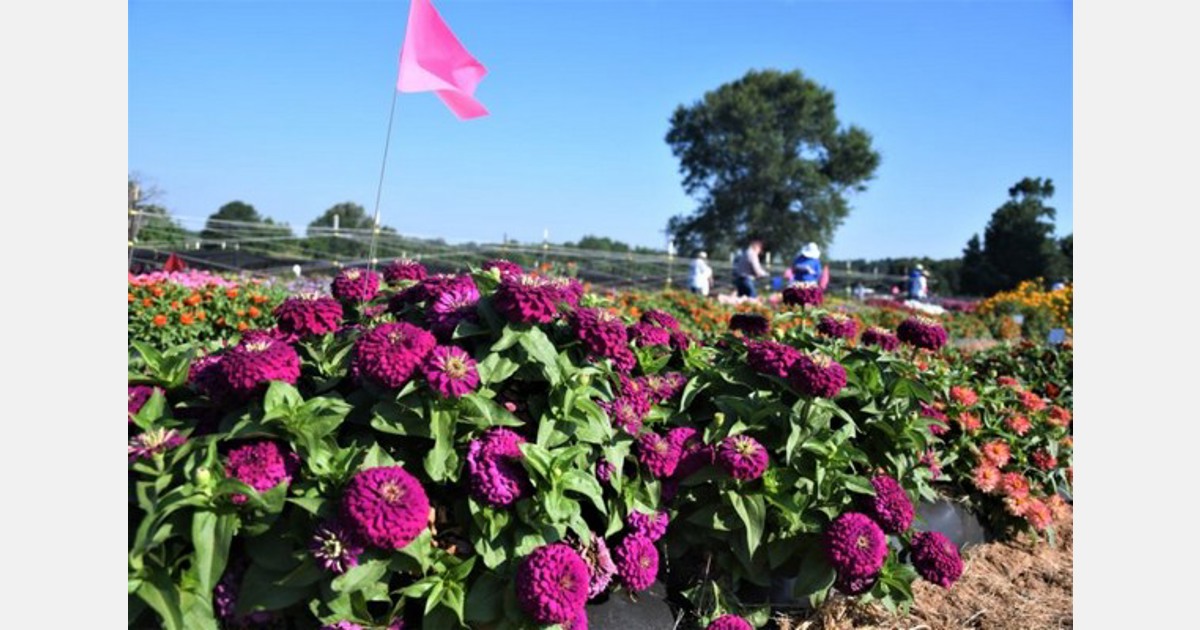 Vaughn Fletcher has spent more than three decades in the horticulture industry. He believes field trials like the ones performed by Texas A&M AgriLife Research in Overton are critical to helping growers make informed decisions about the ornamental plants they produce for public consumption.

On June 30, he attended the annual AgriLife Research horticulture field day to inform himself about around 350 plant varieties on display.

The field day was held at the bedding plant trial gardens at the Bruce McMillan Jr. Foundation East Farm and included the container plant trials and demonstration garden at the Texas A&M AgriLife Research and Extension Center in Overton.

Gathering data in the field
Fletcher consults now and writes about the various trials he attends and plants he sees around the United States. Previously, he spent 35 years in horticultural brokerage sales for ornamental companies like Syngenta and McHutchison. He has attended the annual East Texas Horticulture Field Day for more than 15 years. 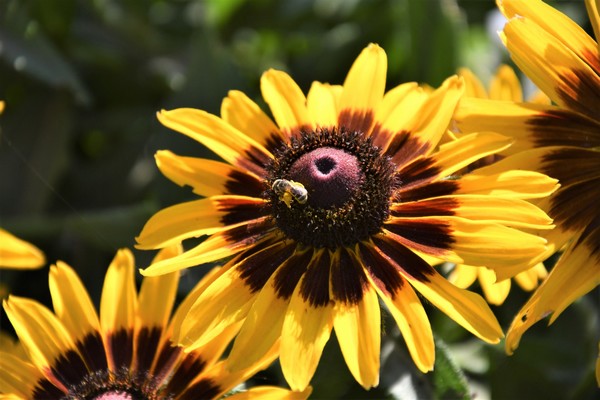 Denver Daisy Rudbeckia were a hit with pollinators. The flowers were buzzing with a variety of bee species. (Texas A&M AgriLife photo by Adam Russell)

The field day is a public showcase of ornamental plant varieties, most of which have been newly released or are pending release, under field trial conditions that test their performance in East Texas. There are also many well-established standard varieties in the trial garden to give AgriLife Research comparative data for the trial plants. Some years, up to 500 ornamental varieties are on display.

Fletcher said the trials provide year-to-year perspective and scientific data regarding how plants perform. The trials educated him about what varieties perform well under varied conditions, so he could provide growers with recommendations regarding what varieties are worthy of propagation.

The trials help evaluate new additions for wider nursery and retail availability and marketing, he said.

“Trials like this provide very valuable information for companies,” he said. “Companies are very conservative when they consider plant varieties because they want proven winners. So, gathering information in the field is crucial for newer plants or varieties that have been overlooked.” 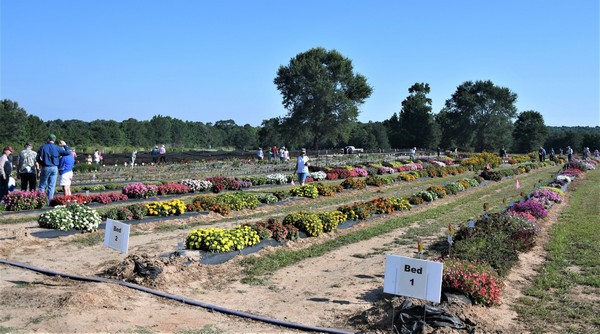 The trials
The field day has become an opportunity to showcase plants and educate industry professionals and the public about the conditions under which plants perform best.

Companies like Syngenta, which has trials in the field this year, provide seeds or cuttings from the selections they want tested and cover the cost of materials to conduct the trial. A great deal of the labor to produce and plant them is provided by area Texas Master Gardener volunteers, who use the trials as a way of accumulating hours required by the master gardener program.

This year at the Overton trials, it was the early heat that tested many varieties, said Erin Smith, AgriLife Research horticulture research associate, Overton.

Each season delivers weather that produces conditions better for some plants than in previous years, and each year there are exceptional examples of plants grown, she said. The timing of the event, which typically occurs in mid to late June, provides a unique snapshot of plant performance. 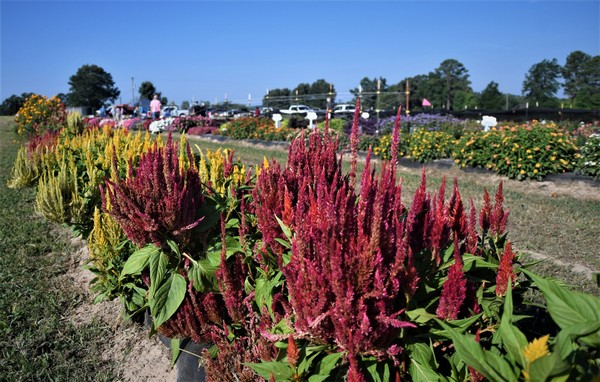 Several of the trials are considered “sun and shade” varieties, which means varieties are tested under full sun and under the shade provided artificially with a 30% shade cloth. Some varieties that performed relatively well in the shade had difficulty in the early heat and full sun this season.

“The heat came on so early that many of the heat-sensitive plants really struggled,” she said. “The trials are about performance over the entirety of the season. The field day can be a good indicator of how plants might look at this time of year, but the data we collect between planting and frost is what the trials are all about.”

Trialed plants and season-long result summaries, People’s Choice lists, and other data from the field trials and other ornamental research over the years at the Overton center are available at East Texas Ornamental Plant Evaluations.